Energy use in the media cloud 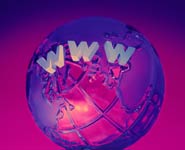 Academics at Bristol University’s Department of Computer Science have analysed the potential future demand for downloaded data worldwide, such as social networking sites and on-demand TV programs, and the resulting energy requirements.

The increased availability and access of broadband around the world has meant a rise in global demand for online media services and this could have implications for a society that is living within environmental limits.  New research has analysed the potential future demand for downloaded data worldwide, such as social networking sites and on-demand TV programs, and the resulting energy requirements.

Assuming that the average westerner’s media consumption moves fully online but does not rise substantially beyond current levels, and the global middle class reach western levels of consumption, the researchers estimate the overall demand to be 3,200 megabyte (MB) a day per person, totalling 2,570 exabytes per year by the world population in 2030.

The academics found, based on two independent sources of data, the current energy demand for bandwidth to be four watt-hours (Wh) per MB.  They conclude that the average power required to support this activity would be 1,175 gigawatts at current levels of efficiency, and that a factor 60-performance improvement would be needed if infrastructure energy is to be provided by one per cent of renewable energy capacity in 2030.  By looking at historical trends in energy efficiency, they observed that this would be reached around 2021 if these trends continue.

New applications were examined that might require bandwidth capacity beyond their estimate, such as high-definition online viewing and internet radio. The researchers also outlined behaviour change strategies that could be used to reduce the overall demand for bandwidth if historical performance improvements are not maintained.  Example strategies suggested include techniques to reduce ‘digital waste’ ? data downloaded but not actually viewed ? and the ‘persuasive’ design of web pages to encourage people to opt for less data-intense options.

Dr Chris Preist, Reader in Sustainability and Computer Systems in the Department of Computer Science, said: “This research suggests that in a future which is increasingly environmentally constrained, there is still a good chance that broadband connectivity can be provided equitably to the majority of the world. This contrasts significantly with other aspects of western lifestyle, such as aviation, which could become increasingly the preserve of the wealthy.”

Further work is required to expand this analysis to cover device and mobile network energy use, and the impacts of manufacturing on emissions, energy and resource use. Research is also needed to estimate the potential impact of the behaviour change strategies outlined on consumption, and to develop means to apply them.