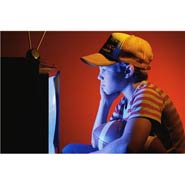 Children who spend longer than two hours in front of a computer or television screen are more likely to suffer psychological difficulties, regardless of how physically active they are.

The PEACH project, a study of over a 1,000 children aged between ten and 11, measured the time children spent in front of a screen as well as their psychological well being. In addition, an activity monitor recorded both children’s sedentary time and moderate physical activity.  The results showed that more than two hours per day of both television viewing and recreational computer use were related to higher psychological difficulty scores, regardless of how much time the children spent on physical activity.

The authors of the report, published in the November edition of the American journal Pediatrics, conclude that limiting children’s screen time may be important for ensuring children’s future health and well-being.

According to the activity monitor, the children in the study who spent more time sedentary had better psychological scores overall. Those children who did more moderate physical activity fared better in certain psychological areas, including emotional and peer problems, but fared worse in some areas related to behaviour, including hyperactivity.

Lead author Dr Angie Page from the University of Bristol’s Centre for Exercise, Nutrition and Health Sciences said: “Whilst low levels of screen viewing may not be problematic, we cannot rely on physical activity to 'compensate' for long hours of screen viewing.

“Watching TV or playing computer games for more than two hours a day is related to greater psychological difficulties irrespective of how active children are.”

Children’s psychological well-being was assessed on the basis of a strengths and difficulties questionnaire which rated their emotional, peer, conduct and hyperactivity problems.

This work was supported by the World Cancer Research Fund (WCRF UK) and the National Prevention Research Initiative.