Climate change: Can geoengineering satisfy everyone? 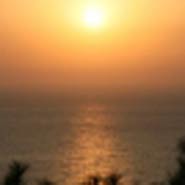 Previous studies of geoengineering approaches, aimed at averting dangerous climate change, have shown that although the average global temperature could be restored to 'normal' levels, some regions would remain too warm, whereas others would 'overshoot' and cool to much. In addition, average rainfall would be reduced.

This new study looked at the impacts of different strengths of geoengineering, from full strength (sufficient to return global average temperatures back to normal), through to no geoengineering.

Reporting in Geophysical Research Letters, the researchers looked at how the impacts caused by these different strengths of geoengineering differed from region to region, using a comprehensive climate model developed by the UK Met Office, which replicates all the important aspects of the climate system, including the atmospheric, ocean and land processes, and their interactions.

Pete Irvine, lead author on the paper, points out there are likely to be disagreements over any future geoengineering schemes: “If there is a large amount of global warming in the future there would be no strength of geoengineering that would be best for everyone: some may be better off without any geoengineering while others may do better with a large amount.”

The team suggest that global average figures are too simple a measure to assess the impacts of geoengineering, and that decision makers of the future need to consider a variety of impacts, such as on regional precipitation, sea-level response, global crop yield before deciding whether embarking on geoengineering would be the right choice.

However, the work does offer some way forward. Co-author Dan Lunt added: “Our simulations indicate that it might be possible to identify a strength of geoengineering capable of meeting multiple targets, such as maintaining a stable mass balance of the Greenland ice sheet and cooling global climate, but without reducing global precipitation below normal amounts or exposing significant fractions of the Earth to unusual climate conditions.”

The paper, “Assessing the Regional Disparities in Geoengineering Impacts", is available on the AGU Papers in Press site: http://www.agu.org/journals/gl/papersinpress.shtml#id2010GL044447
Please contact Aliya Mughal for further information.