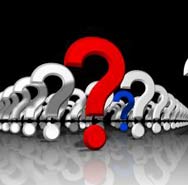 The UK is a nation overwhelmed by too much choice and information according to a study based on the views of 6,000 people, revealing that modern life has created a generation of people incapable of making decisions.

The research has led to the coining of the term “the Indeciders”, to collectively describe “a group of individuals suffering high levels of confusion whilst displaying an inability to be decisive, leading in some cases to depression”.

The University of Bristol conducted a series of focus groups with young adult women, young adult men, mothers and older people, who were asked how they felt about life and how they coped with modern demands.

Almost half of those questioned (47%) said they felt unable to make decisions about every day life, while politics baffled 65% of people, and 69% struggled to understand bankers’ bonuses and interest rates.  Terms such as ‘smart/casual,’ predictive text and flat pack furniture were also identified as key areas of confusion in the UK.

Findings from the report will inform a new website www.confusednation.co.uk aimed at providing real-life problem solving advice, launched by the price comparison site Confused.com, with whom the study was developed.

Professor Harriet Bradley from Bristol University’s Sociology department said: “With a constant stream of new media, daily technological advancements and aggressive multimedia advertising, it’s no wonder that over half of Britain thinks life is more confusing for them than it is for their parents.  We really are becoming a nation of ‘indeciders.’”

The South East region was the second most confused nation in the UK (82%) according to the study, after Wales (84%), while Northern Ireland was the least (73%).  Eighty-four per cent of the women involved reported being confused compared with 72% of men.

The report showed that confusion decreases with age as people gain experience and confidence. Young people were more confused about priorities and major life issues; nearly half of those aged 18-24 said they lay awake agonising over choices, compared to 34% of those aged 55-64.