‘Bride-price’ in Uganda has negative impact on women 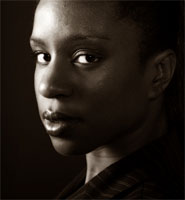 A new report on the impact of ‘bride-price’ in Uganda highlights a range of negative effects that the practice has on women’s lives. A common practice in African countries, whereby material goods or money are paid by a groom to a bride’s family upon their marriage, the practice can result in abuse and impoverishment for a woman if she does not fulfil her ‘value’ to the marriage or attempts to leave.

A common practice in African countries, whereby material goods or money are paid by a groom to a bride’s family upon their marriage, bride-price operated beneficially in the past to give formal recognition to marriages and to stabilise partnerships. The practice now seems to have become a transaction whereby a wife is ‘bought’, which can result in abuse and impoverishment for a woman if she does not fulfil her ‘value’ to the marriage or attempts to leave.

Key findings from the research identify the negative impact that bride-price has on gender equality, early or forced marriage, as well as landlessness and homelessness for women. Domestic violence and impoverishment were the over-riding issues made worse by the practice of bride-price. While consideration was given to the important role that bride-price has as a valuable cultural tradition, the overwhelming majority of respondents in the study suggested that the practice required reform.

As the first-ever study on bride-price, poverty and domestic violence in Uganda, the research was conducted in response both to the growing interest in the practice of bride-price and to moves for its reform in Uganda and more widely in other African countries. Funded by the British Academy, the study was carried out by Professor Gill Hague from the Violence Against Women Research Group at the School for Policy Studies at the University of Bristol and Dr Ravi Thiari at Warwick University in collaboration with MIFUMI, an organisation set up to protect women and children from violence in Uganda.

Some reforms have already taken place and it is hoped that this research will help to inform and catalyse future progress in both Uganda and in Africa as a whole.

‘This was a pioneering piece of research, the first of its kind on bride price, poverty and domestic violence in Ugandan communities. It was a piece of trans-national participatory action research avoiding Western “dominance”. While bride-price is a traditional cultural practice of value, the research also found disturbing connections with domestic violence and poverty. In Uganda, the study is contributing to reform efforts at both local and national level.’