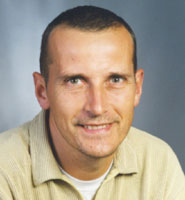 The Government should extend conditionality so that virtually no one can claim benefits without taking active steps to address barriers to work, according to an independent review by Professor Paul Gregg published today.

The Government should extend conditionality (the principle that entitlement to benefits should be dependent on satisfying certain conditions) so that virtually no one can claim benefits without taking active steps to address barriers to work, according to an independent review published today.

The review, undertaken by Professor Paul Gregg from the University's Centre for Market and Public Organisation, was commissioned by Secretary of State for Work and Pensions James Purnell to look at how more people can be helped off benefits and into work.

Professor Gregg's report, Realising Potential, looks at the requirements currently placed on the unemployed and calls for a new attitude to parents with young children and those on incapacity benefit who could work in the future.

It recommends that a long-time vision for personalised conditionality and support is required for three broad groups of benefit claimants:

•        A No Conditionality group –  where no conditionality whatsoever will be applied – because it is not appropriate as they either have a particular severe health condition or disability, or they are a carer or a lone parent with their youngest child under the age of one.

The review builds on the strengths of the current system, recognising conditionality as an effective way of improving employment rates and reducing child poverty. It recommends that from now on nearly everyone on benefits should be required to take steps towards finding employment; with claimants treated as individuals, and empowered to design their own route back to work.

Professor Gregg argues that conditionality regimes around the world have helped increase employment, and that the UK’s regime for jobseekers is one of the best.  To make it more effective, he recommends making sanctions quicker, clearer and more effective with a simple and understandable system of fixed penalties for most occasions with a targeted, escalating series of sanctions for repeat offenders who refuse to play by the rules.

‘To compete in the modern economy, countries must realise the potential of eac h and every citizen. That is why, in an economic downturn, it is more important than ever that the Government puts in place a welfare framework that provides support, encouragement and a push to do the right thing.

These recommendations are wide-ranging and challenging for the Government and I know some proposals will be controversial.

However, at their heart is a core principle that I am confident the Government will take forward: to treat benefit claimants as individuals and empower them to design their own route back to work.’

‘This review starts an important debate about the next wave of reform. These issues matter now more than ever – when jobs are harder to find, we need to invest in those people who will one day be back in work so they don't lose touch with the labour market.

‘In July, I commissioned Paul Gregg to look at the next stages of reform based around personalising what we ask of people in return for benefits. I have felt for a long time that, whilst we have a good system of rights and responsibilities on those who are actively seeking work, we need next to address those who could move back into employment quickly with the right encouragement and support, such as lone parents of younger children and people on Incapacity Benefits.

Paul's vision for realising potential is an important milestone in this debate. At the core of these reforms are clear obligations on what we expect in return for benefits and how we ensure the modern welfare state applies fair rules for all.

We will examine this Review over the coming weeks but it’s clear to me that the next wave of reform must ensure that no one is left behind. I will respond to this Review later this month when I publish the Welfare Reform White Paper.’