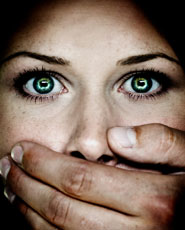 The Women’s Institute (WI) has commissioned research from the University of Bristol to look at the views of women in rural and urban areas on the issue of ‘Violence Against Women’ (VAW).

The Women’s Institute (WI) has commissioned research from the University of Bristol to look at the views of women in rural and urban areas on the issue of ‘Violence Against Women’ (VAW).

The research, to compare and contrast VAW in rural and urban settings, aims to produce one of the largest surveys of women’s views in England and Wales.

Led by Dr Melanie McCarry and Dr Emma Williamson from the University’s School for Policy Studies, it is hoped the findings from the study will help tackle some of the stereotypical views associated with VAW, and identify which kinds of support service are needed.

The survey, developed by the team and launched this week, is available online, and in hard paper copy. It  can also be accessed via the WI website and hard copies will also be made available from the National Federation of Women’s Institutes in London. The online survey will be available until the 14 February 2009.

Preliminary results from the survey will be launched on International Women’s Day [March 8 2009], with a more detailed report available from the WI website by the end of April 2009.

Dr McCarry said: “We hope that all WI members, their female friends, family and colleagues will complete the survey to tell us their views on the issue of violence against women.”

Drs McCarry and Williamson, recently conducted focus groups with a number of local institute groups to ensure the survey generates data to meet the needs of WI members.

Dr Williamson said: “This is an opportunity for WI members to tell us about how violence against women impacts on them and their communities and we encourage as many women as possible to take part in the survey.”

For more information about the work of the researchers visit the Violence Against Women Research Group website.

The research is part of the part of the WI’s ‘No More Violence Against Women’ Campaign. With 205,000 members the WI is the largest voluntary organisation for women in the UK. They help provide women with educational opportunities and the chance to build new skills, to take part in a wide variety of activities and to campaign on issues that matter to them and their communities. The WI is part of the End Violence Against Women campaigning coalition which aims to create a world in which women and girls are afforded their basic human rights and can live free from violence and its threat.
Please contact Dr Melanie McCarry for further information.