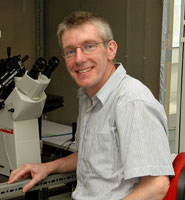 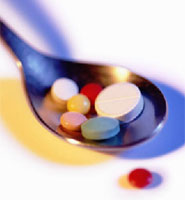 A new drug therapy may represent a tremendous step forward in the treatment of some 70,000 cystic fibrosis (CF) patients worldwide, Dr David Sheppard from the University of Bristol told an audience at the BA Festival of Science in Liverpool today [9 September].

A new drug therapy may represent a tremendous step forward in the treatment of some 70,000 cystic fibrosis (CF) patients worldwide, Dr David Sheppard from the University of Bristol told an audience at the BA Festival of Science in Liverpool today [9 September].

‘The early results with VX-770 suggest that drug therapies which target defects at the root of the disease have the potential to improve greatly the quality of life of CF patients.’

At the moment there is no cure for CF – a common single-gene disorder in the UK. The disease, which affects about 8,000 people in the UK and 70,000 people worldwide, is due to a defective gene that causes ducts and tubes in the body to become blocked by thick, sticky mucus. This mucus affects the lungs, pancreas, the intestines, the liver and the reproductive organs.

One of the most recognisable symptoms of CF is ‘salty sweat’, caused by the failure of the sweat ducts to reabsorb salt. Existing treatments only alleviate symptoms, for example, physiotherapy to clear the air passages, antibiotics for lung infections and enzymes to aid the digestion of food.

The new drug therapy (VX-770) was developed by Vertex Pharmaceuticals and will tackle the ‘functional’ defect. It has been tested on CF patients in the US who carry a genetic defect known as G551D. European trials are expected in the future. Early results are very encouraging. Patients who received 150mg twice a day saw the concentration of salt in their sweat decrease by almost 50 per cent and lung function improve by 10 per cent.

The Cystic Fibrosis Foundation funded the discovery and early development work of VX-770 in collaboration with Vertex Pharmaceuticals.  To date the Foundation has invested $79 million in the project. Results of the trials can be found here. Dr Sheppard’s research group and other academic groups and companies are also working to develop new drugs that tackle defects at the root of CF.

Current life expectancy for CF patients is between 30 and 40 years of age in Western Europe and the US but is considerably lower in other parts of the world. One in 25 people in the UK is a carrier of a defective CF gene, making CF one of the most common life-shortening, childhood-onset, inherited diseases.