Alexander Technique has significant long-term benefit for low back pain 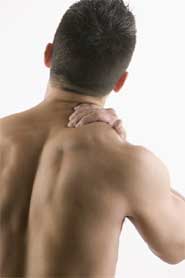 A major study – one of the first of its kind – has found significant evidence that the Alexander Technique can provide long-term benefit for people suffering from chronic or recurrent low back pain. The study by researchers at the Universities of Bristol and Southampton is published in the BMJ.

Low back pain is one of the most common conditions seen by GPs and has a marked impact on function and quality of life.  A common cause of disability accounting for up to five million lost working days per year, it costs the NHS and the economy £5 billion a year.

Lessons in the Alexander Technique provide an individualised approach to reducing back pain, through the teaching of life-long self-care skills that help people recognise, understand and avoid poor habits affecting postural tone and neuromuscular coordination.  To date there has been no good evidence of long term effectiveness of Alexander Technique lessons.

Half the patients allocated to each of these groups also received a GP prescription for aerobic exercise (30 minutes of brisk walking or the equivalent each day) followed by behavioural counselling by the practice nurse.

Twenty-four one-to-one lessons in the Alexander Technique led to important improvements in function, quality of life and reduction of days in pain.  One year after the trial started the average number of activities limited by back pain had fallen by 42 per cent, and the number of days in pain was only three per month compared with 21 days in pain in the control group.

Professor Debbie Sharp said: “Few interventions have been proved to substantially help patients with chronic back pain in the longer term.  Supervised classes of strengthening and stabilising exercises probably have moderate benefit but the evidence of longer term benefit for chronic or recurrent pain and for exercise ‘prescriptions’ is lacking.

“Lessons in the Alexander technique offer an individualised approach to develop skills that help people recognise, understand, and avoid poor habits affecting postural tone and neuromuscular coordination. The practice and theory of the technique support the hypothesis that it could potentially reduce back pain by limiting muscle spasm, strengthening postural muscles, improving coordination and flexibility, and decompressing the spine.”

The trial was funded by the Medical Research Council and the NHS Research and Development fund.