A breakthrough in glass 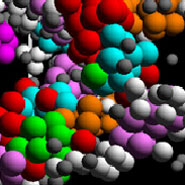 A close look at a colloidal gel. Paddy Royall 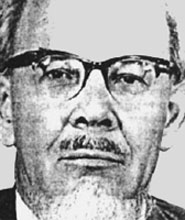 Imagine a plane that has wings made out of glass. Thanks to a major breakthrough in understanding the nature of glass by scientists at the University of Bristol, this has just become a possibility.

Imagine a plane that has wings made out of glass. Thanks to a major breakthrough in understanding the nature of glass by scientists at the University of Bristol, this has just become a possibility.

Despite its solid appearance, glass is actually a ‘jammed’ state of matter that moves very slowly. Like cars in a traffic jam, atoms in a glass can’t reach their destination because the route is blocked by their neighbours, so it never quite becomes a ‘proper’ solid.

For more than 50 years most scientists have tried to understand just what glass is. Work so far has concentrated on trying to understand the traffic jam, but now Dr Paddy Royall from the University of Bristol, with colleagues in Canberra and Tokyo, has shown that the problem really lies with the destination, not with the traffic jam.

Publishing today (22 June 2008) in Nature Materials, the team has revealed that glass ‘fails’ to be a solid due to the special atomic structures that form in a glass when it cools (ie, when the atoms arrive at their destination).

Royall explained: “Some materials crystallize as they cool, arranging their atoms into a highly regular pattern called a lattice. But although glass ‘wants’ to be a crystal, as it cools the atoms become jammed in a nearly random arrangement, preventing it from forming a regular lattice.

"Back in the 1950s, Sir Charles Frank in the Physics Department at Bristol University suggested that the arrangement of the ‘jam’ should form what is known as an icosahedron, but at the time he was unable to provide experimental proof. We set out to see if he was right.”

The problem is you can’t watch what happens to atoms as they cool because they are just too small. So using special particles called colloids that mimic atoms, but are just large enough to be visible using state-of-the-art microscopy, Royall cooled some down and watched what happened.

What he found was that the gel these particles formed also ‘wants’ to be a crystal, but it fails to become one due to the formation of icosahedra-like structures – exactly as Frank had predicted 50 years ago. It is the formation of these structures that underlie jammed materials and explains why a glass is a glass and not a liquid – or a solid.

Knowing the structure formed by atoms as a glass cools represents a major breakthrough in our understanding of meta-stable materials and will allow further development of new materials such as metallic glasses.

Metals normally crystallize when they cool, unfortunately stress builds up along the boundaries between crystals, which leads to metal failure. For example, the world’s first jetliner, the British built De Havilland Comet, fell out of the sky due to metal failure. If a metal could be made to cool with the same internal structure as a glass and without crystal grain boundaries, it would be less likely to fail.

Metallic glasses could be suitable for a whole range of products that need to be flexible such as aircraft wings, golf clubs and engine parts.