Working mums and overweight kids: is there a link? 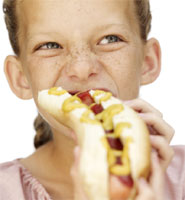 New research from the University of Bristol shows that children aged between 5 and 7, whose mothers work full time, are more likely to be overweight at age 16. The impact on their weight is not immediate; rather, children become more obese as they get older.

The findings, by Stephanie von Hinke Kessler Scholder, are summarised in the autumn issue of Research in Public Policy from the Centre for Market and Public Organisation.

Based on the body mass index (BMI), a standard measure of people’s weight-to-height ratio, UK obesity rates for boys aged between 2 and 10 increased from 10 per cent in 1995 to 15 per cent in 2003. Over the same period, obesity rates for girls in the same age group increased from 10 per cent to 13 per cent. The rise in weight problems among children coincided with significant increases in the number of mothers going out to work. The number of women aged 16 to 59 in employment rose from 59 per cent in 1971 to 74 per cent in 2007.

Previous US research has examined whether there is a link between working mothers and childhood obesity and concluded that children of full-time working mothers are more likely to be overweight. This new study investigates whether a child's age when its mother goes out to work affects the child’s weight later in life. It uses data from two British birth cohorts: the 1958 National Child Development Study and the 1970 British Cohort Survey.

The analysis suggests that:

Previous research suggested different ways in which women working might affect children’s weight. When a mother works outside the home, changes in the household can affect both children’s and parents’ eating habits and expenditure.

Possible reasons why obesity patterns are established between the ages of five and seven could be that children’s food preferences and habits develop around this time; it could relate to the natural growth pattern in children; or it could be linked to the fact that this coincides with when children start school.