What's the brain got to do with education? 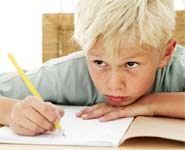 Quite a lot - according to teachers in a recent survey commissioned by The Innovation Unit and carried out by researchers at the University of Bristol. Although current teacher training programmes generally omit the science of how we learn, an overwhelming number of the teachers surveyed felt neuroscience could make an important contribution in key educational areas.

Quite a lot - according to teachers in a recent survey commissioned by The Innovation Unit and carried out by researchers at the University of Bristol. Although current teacher training programmes generally omit the science of how we learn, an overwhelming number of the teachers surveyed felt neuroscience could make an important contribution in key educational areas.  The research was undertaken to inform a series of seminars between educationalists and neuroscientists organised by the Teaching and Learning Research Programme (TLRP) and the Economic and Social Research Council (ESRC).

Dr Sue Pickering and Dr Paul Howard-Jones, at Bristol University’s Graduate School of Education, asked teachers and other education professionals whether they thought it was important to consider the workings of the brain in educational practice. Around 87 per cent of respondents felt it was.  Teachers considered both mainstream and special educational teaching could benefit from the neuroscientific insights emerging from modern scanning techniques, such as functional magnetic resonance imaging (fMRI).

The researchers also investigated where teachers got their knowledge about neuroscience from and what impact, if any, it was having on their classroom practice.  Some teachers already use so-called ‘brain-based’ teaching methods in their classrooms. These include initiatives such as Brain Gym and methods intended to appeal to different brain-based learning styles (e.g. visual, auditory and kinaesthetic learning - or VAK). Although the scientific basis of these methods is highly contentious, many teachers said they had found them very useful, particularly when children were less receptive to more traditional teaching methods. One respondent said such approaches “improved the success of the teaching and learning” and led to “happier children who are more engaged in the activities”.

However, teachers are concerned to find out more about the science of the brain.  In follow-up interviews, one teacher described her frustration when scientists identified serious flaws in the brain-based teaching method she had been using: “.......we’ve been a bit misguided about that sort of thing haven’t we - but not having the time to verify it for ourselves, we have no choice.......”

Dr Paul Howard-Jones, who is leading several research initiatives in this area and co-author of the report, said: “Much of what teachers perceive as brain-based teaching, such as educational kinesiology, is promoted in very dubious pseudo-scientific terms and we still don’t really know how, and even if, it works.

“Other programmes, such as those involving learning styles, draw on some meaningful science but, when children get labelled as “a visual learner” or “an auditory learner” and are only ever taught in either a visual or auditory way, then the science is being seriously over-interpreted and misapplied. The good news, however, is that efforts to bridge the gap between neuroscience and education are debunking many of these ideas, and opening up fresh opportunities for valuable and exciting initiatives that are both scientifically and educationally sound.”

Although there is concern about the seriously contested science used to promote current brain-based learning programmes, teachers are clearly strongly supportive of future collaboration between neuroscience and education and keen to keep in touch with the latest developments in this interdisciplinary field.  The findings from the research suggest that communication with practitioners may become a key factor influencing the success of attempts to enrich classroom practice with scientific understanding about the brain and mind.

1. The Innovation Unit is one of the country's leading organisations for innovation in education. It acts as a catalyst for change drawing on talent from both the public and private sectors to improve education and other related services. The Unit's education projects are funded by the Department for Children, Schools and Families. For more information about the Unit go to www.innovation-unit.co.uk

2. Other interdisciplinary research on neuroscience and education is already taking place at the University of Bristol, aimed at improving educational practice. Projects include the fostering of creativity in drama education, using results from fMRI brain scanning experiments. For more information go to www.bris.ac.uk/education/research/networks/nenet/

3. Findings from the survey are to be published in the forthcoming issue of Mind, Brain and Education.

4. Susan J. Pickering, Paul Howard-Jones (2007) 'Educators' Views on the Role of Neuroscience in Education: Findings From a Study of UK and International Perspectives' Mind, Brain, and Education 1 (3), 109-113.

5. The survey of UK educators took place during 2005 using questionnaires (n=150), followed by a smaller number of in-depth interviews (n=11). Results showed a high level of enthusiasm for attempts to interrelate neuroscience and education, although conceptualization of what this entails differ widely. The figure of 87 per cent refers to responses of 79 attendees required to attend INSET training and was produced by averaging ratings of the importance of the brain in the design and delivery of educational programmes, SEN provision and the role of nutrition, all in the context of children's (rather than adults') education (see journal article). This figure is assumed as more typical of the general population of teachers, since respondents were not attending voluntarily as a result of interest in the brain, as was the case with the other 71 respondents in the UK sample. From the fuller report available online, and derived from the larger sample (n = 150), 72 per cent of the UK sample claimed their institution used educational initiatives that were based on the brain, 25 per cent of those who made this claim indicated that initiatives included learning styles, which was matched by the prevalence of educational kinesiology. Overall, findings suggest that communication with practitioners may become a key factor influencing the success of attempts to enrich classroom practice with scientific understanding about the brain and mind.

6. A report drawing on the discussions held during the TLRP-ESRC seminar series is available on the TLRP website www.tlrp.org/pubs/commentaries