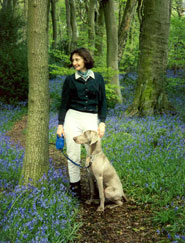 Susan Hurley, Professor of Philosophy, has died. Alexander Bird offers an appreciation of her life and work.

Susan Hurley, Professor of Philosophy, died on 16 August. She had been suffering from cancer for some time and faced her illness with remarkable dignity. She continued to work until very recently, hosting an international conference on ‘Perception, action and consciousness’ in Bristol less than five weeks before her death. Susan was an inspiration to work with; although her contribution to several and diverse fields of philosophy was already invaluable, she had much more to offer yet.

Susan spent the early part of her career at Oxford, first as a graduate student at St Catherine’s College, then as one of the first women to be elected to a Fellowship at All Souls, in 1985.  This she left early to take up a tutorial Fellowship at St Edmund Hall. In 1994, Susan took up a chair in the Department of Politics and International Studies at Warwick University, latterly coming to Bristol in 2006.

Susan Hurley was prominent in two fields that are traditionally regarded as quite widely separated. The first was legal and political philosophy, while the second was the philosophy of psychology, mind and neuroscience. She not only made for herself an international reputation as a leader in both areas, but also produced pioneering work that links the two. Susan was unusual among philosophers in her capacity for collaboration and the success of interdisciplinary projects. Few, if any, other philosophers have a perspective of such wide sweep and highly articulated depth of detail. While much of Susan’s work has been in the form of journal articles and book contributions, the breadth of her scholarship, as well as its significance for her fields, is born out by the following outline of the main achievements of her three books.

A principal aim of Natural Reasons: Personality and Polity is to give a lifelike picture, alive to and defended against various temptations towards philosophical distortion, of how rationality operates in the practical thinking of individual agents. Here Susan Hurley exploited work in the philosophy of language, the philosophy of law, and the formal theory of decision-making under conditions of uncertainty to defend the thesis that practical reason functions in the context of a multiplicity of objective values.

In Consciousness in Action Susan Hurley exploited scientific knowledge to clarify and even dissolve some traditional (and deep) philosophical problems. This book is also an exemplary application of the most advanced philosophical reflection to problems of theory and modelling in cognitive neuroscience. Much work on the problems of consciousness, whether from philosophy or neuroscience, betrays a superficial understanding of the other discipline, with much naiveté and with each subject talking past the other. Hurley is a rare exception:  she has been described by the American philosopher Daniel Dennett as ‘an insider’s insider – on both sides’. Given the breadth of her mastery, she saw parallels others have been unable to see, for example the myth of the giving to balance the better-known myth of the given. The theme of the book is that the self is not to be located by subtracting the various layers of perceptual and motor ‘interface’ between self and world. On the contrary, the self is concrete, visible and active in the world, not just distributed in the brain, but also spread out into the world. Consciousness in Action exemplified Susan’s belief that the traditional problems of philosophy are not to be solved by the traditional philosophical techniques of armchair reflection alone. Instead they require the assistance of the natural sciences, and her book is replete with empirical data from psychology and neuroscience, deftly deployed with all the understanding of an expert in the relevant science.

In her most recent book, Justice, Luck and Knowledge, Susan engaged with one of the most prominent schools of thinking on distributive justice after Rawls, so-called ‘luck egalitarianism’. Luck egalitarians have argued that distributive outcomes should be sensitive to the voluntary choices that people make but not to their unchosen endowment, and that in order that people not be worse off through no fault of their own, justice should compensate people for those disadvantages for which they are not responsible. Susan Hurley’s work mounts a comprehensive challenge to such views by arguing that they presuppose some baseline distribution that does not count as lucky, but, she suggests, there is no reasons why any particular distributive pattern, including an equal distribution, should count as any more purified of the influence of luck than any other.