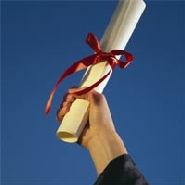 The man behind the discovery of the Epstein-Barr virus will be awarded an honorary fellowship, by Bristol University at today’s degree ceremony in the Wills Memorial Building [Tuesday, July 18].

The man behind the discovery of the Epstein-Barr virus will be awarded an honorary fellowship, by Bristol University at today’s degree ceremony in the Wills Memorial Building [Tuesday, July 18].

Professor Sir Anthony Epstein, CBE, FRS, will receive the distinction of Honorary Fellow of the University at the 11.15 am ceremony.

He joins a list of 26 other distinguished people who have been honoured by the University.

Tony Epstein studied medicine at Cambridge and the Middlesex Hospital, London.  He specialised as a virologist and pathologist, studying the ways in which viruses cause disease.  While still a research assistant, he worked on the so-called Rous Sarcoma virus from an unusual cancer that affects chickens, becoming very aware that viruses could cause cancer in animals.

In 1961 Tony attended a lecture by Denis Burkitt, a doctor working in Uganda.  Burkitt described a peculiar cancer that he had observed.  Commonly affecting the jaw, it was particularly cruel, disfiguring, painful and fatal within a few months with children under ten particularly prone to the disease.  The two agreed a collaboration that involved sending biopsies of the tumour to Tony’s lab, using the overnight BOAC Comet flight from Kampala to Heathrow.

Tony spent the next couple of years trying to find a virus in the samples of tumour, which was subsequently named ‘Burkitt’s Lymphoma’.  He and his newly appointed PhD student, Yvonne Barr, struggled fruitlessly with nothing to show for all their hard work.

A fluke event finally broke the deadlock.  A biopsy-bearing flight from Kampala had to be diverted to Manchester because of fog.  By the time the sample reached Tony, it had gone cloudy – usually a sign of bacterial contamination that would consign it to the bin.  Tony did not throw it away but examined it carefully.  He discovered, to his surprise, that the cloudiness was due to lymphoid tumour cells that had been shaken off the biopsy in transit and were now floating merrily in suspension.  Tony exploited this chance finding to grow cell-lines, derived from the tumour, in culture.  He showed that these stayed alive indefinitely.

Tony’s Eureka moment soon followed.  He put one of the cell lines under the electron microscope for the first time, and almost immediately saw a round blob that others would have dismissed as an artefact, but which he recognised instantly as a virus.  He took a photograph that proved his hypothesis and made his name, and indeed that of the virus.  Epstein, Barr and their colleague Achong reported their discovery in the Lancet, three years and one week after Tony’s meeting with Burkitt.  The paper is now a citation classic – the scientific equivalent of an Oscar.

The significance of the discovery was the first hand evidence that a virus could cause a human cancer.  Secondly, the identification of the virus led to it being found guilty of other serious crimes against humanity. The Epstein-Barr virus, or EBV, is now known to cause malignancies other than glandular fever and Burkitt’s Lymphoma.  Notably cancers at the back of the nose, especially in China and tumours that develop in people who are immunosuppressed, either through AIDS or by treatment to prevent rejection of transplanted organs.

Tony has continued to work on ‘his’ virus, developing a vaccine against it.  In 2005 it was found from a double blind clinical trial the prototype EBV vaccine works and protects against glandular fever.

During his career he was Professor of Pathology at Bristol University for 17 years, from 1968 to 1985, and Head of Department for the first 15 of those years.

Tony has carried off all the riches that a medical scientist could ever dream of, numerous world-class scientific papers, Fellowship of the Royal Society, a CBE and Knighthood for his services to medicine and, of course, the immortality of a medical eponym.