Recent use of antibiotics doubles your chances of being resistant 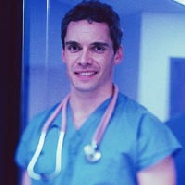 GPs are responsible for 80% of all antibiotics prescribed in the United Kingdom, despite evidence of limited or marginal effectiveness for the most common reason to prescribe, namely respiratory tract infections such as sore throats, coughs and earache.  This could be partly due to patients' expectations of being treated with antibiotics.

Dr Alastair Hay, from Bristol University who is also a GP in the city said: "Although GPs are aware of the problem in the population as a whole, when deciding whether or not to prescribe antibiotics for an individual they may consider the risk as being minimal."

Resistance was tested in organisms from urine samples submitted by 3,000 adults without urinary symptoms registered with 12 GP practices in the Bristol and Gloucester areas. Hay and colleagues from across the South West found information on bacterial resistance and antibiotic consumption in 618 patients from their primary care medical records regarding the number, type, strength and duration of antibiotic courses prescribed in the 12 months prior to urine sample submission.

The urinary E. coli bacteria found in low concentrations were defined as resistant if they demonstrated resistance to the antibiotic amoxicillin or the antibiotic trimethoprim, or both antibiotics.

The results showed that antibiotics prescribed in the 12 months prior to obtaining the urine sample did not influence the resistance of organisms - presumably because the time period in question is too long. However, the more recent use of antibiotics - within 2 months - led to a near doubling of the likelihood of resistance.

The team also found that over a 12 month period prior to sampling, each additional tablet of trimethoprim (200mg) prescribed increased the chances of developing resistance. In addition, the degree of resistance to amoxicillin was greater in patients prescribed any penicillin antibiotic in the 12 months prior to urine sampling.

This is the first time the risk to individuals being prescribed antibiotics by their GP has been measured.  This research should be repeated but in the meantime both patients and GPs should take account of this information when deciding whether to prescribe and consume antibiotics.