Epigenetic responses to social and environmental cues in early life and over the life course: impact on healthy ageing in UK population-based cohorts

This multidisciplinary project will assess the impact of adverse and positive early life stimuli and exposure to social, environmental and biological signals over the life course on DNA methylation profiles, linking the findings to functional health trajectories. The study will explore existing and newly generated DNA methylation profiles in samples from eight UK population-based cohorts.

Epigenetic signals are malleable and can change in response to internal and external stimuli. The epigenome thereby provides a mechanism of interaction between the genome and the environment. We hypothesize that early life stimuli and exposures over the life course leave an epigenetic mark.

We will perform prospective analysis of longitudinal data to explore DNA methylation in samples from four British cohort studies in order to identify epigenetic signatures of early life experience and exposure to social, environmental and biological stimuli over the life course, linking findings to changes in physical and cognitive function during ageing, with the intention to:

Additional analyses in subsamples will include DNA methylation profiling at multiple time-points to estimate reversibility of DNA methylation, cross-tissue comparison across blood, buccal and additional tissues, and gene expression
analysis for functional interpretation. The findings will establish the feasibility of our approach by combining samples of participants across each of four discovery UK population-based cohorts into a large cross-cohort sample well powered to determine the influence of early life factors on epigenetic signatures throughout the life course. Replication of the findings will be pursued in samples from four additional cohorts. Taken together, the overall findings will be based on DNA methylation profiles from 8,000 samples across eight UK population cohorts.

Future extensions of analyses and developing the epigenetic network

The proof of concept approach will allow such analyses to be extended to larger samples within cohorts by forming the basis for further funding applications and establishing an epigenetic research network across UK population-based cohorts.

Analysis will be based on existing and newly generated DNA methylation data from 4 longitudinal UK cohort studies:

The findings will be replicated in a further four longitudinal UK cohorts studies: 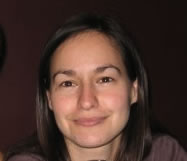