EpiFASSTT is a biopsychosocial approach investigating the effects of maternal folate status during the second and third trimester of pregnancy on cognitive, social and emotional development of the offspring. We explore how this correlates with epigenetic changes in the genome at birth and whether these changes persist throughout the lifetime. This will reveal the extent to which environmental stressors can affect a person’s future health and generate new knowledge in an area of current public health importance.

Stress in pregnancy and the effect on health in later life

Increasingly accurate surveys of human health throughout the life course has led experts to propose that stresses on the child while still in the mother’s womb can affect the individual’s health much later in life. While many factors can potentially act as stressors, the majority of these are difficult to examine thoroughly in human populations and so findings are based largely on observational work.

The essential nutrient folate is among the concrete factors known to affect child health. It has been proven to play a role in preventing neural tube closure defects (e.g. Spina bifida) when deficient during the first three months (first trimester) of pregnancy. Current UK guidance is therefore to supplement with folic acid during the first trimester only. However, other observational studies suggest that folate deficiency in trimesters two and three also affects children’s brain development. Proof for this can only be provided by the gold standard test which is a Randomised Control Trial, where half the participants take folate in trimesters two and three and half do not, with participants assigned randomly to supplement or no supplement.

We recently conducted such a trial (Folic Acid Supplementation in the Second and Third Trimester - FASSTT) and showed that folate levels in blood were substantially improved in mothers receiving the supplement and in their children. Follow up work with the children at age seven showed improved outcomes with regard to several measures of intellectual and emotional development, including verbal reasoning ability and emotional resilience.

Such long-term effects on health are thought to be mediated by a semi-permanent trace on the genes of the affected person called an epigenetic mark. We plan to perform a thorough search for possible epigenetic marks in the children from the FASSTT trial and their mothers. The levels of such marking detected, and the genes affected by it, will tell us much about the extent to which environmental stressors can affect a person’s future health. Likewise, it will give us concrete markers for assessing the impact of factors such as nutritional inputs on the health of the child.

The results of our study will also inform policy regarding food supplements and pregnancy / early life social care, with tangible benefits for children, their mums, and in the wider sphere the social and health services which provide them with support. 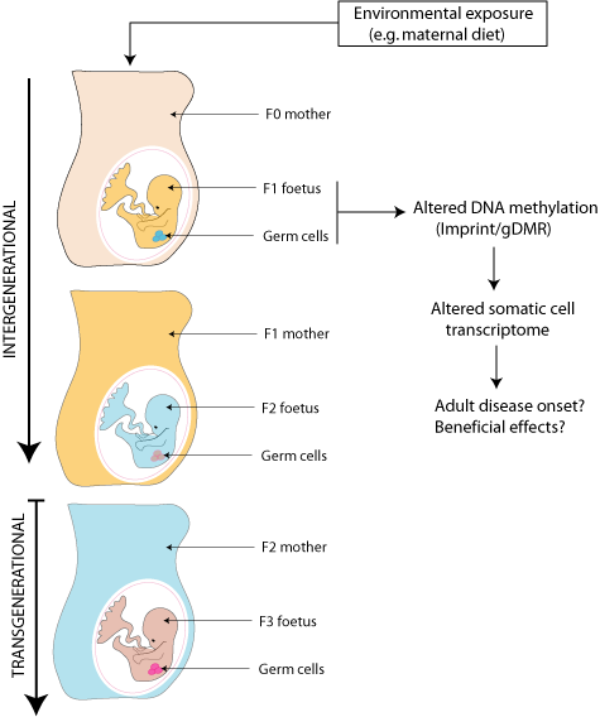 Intergenerational and transgenerational potential of environmental factors on DNA methylation 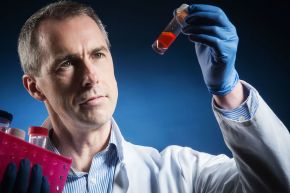