A series of seminars exploring the use of French in Europe

From the age of Louis XIV French became a language of international communication which increasingly replaced Latin, Europe's lingua franca in the Middle Ages. French was carried abroad both by the emigration of the Huguenots to other parts of Europe and by the cultural influence of France, which made itself felt in the various European courts that took the court at Versailles as their model. The evolution of the position of French was also helped by the development in France of a discourse about the universality of the French language, and this discourse was taken up by representatives of other nations.

All European countries – albeit in varying degrees – underwent this influence, in which the linguistic factor played a very important part. Far from being merely a vehicle for what many Europeans would consider a cultural invasion, French was first and foremost a powerful means of exchange and transfer in European space, not only in the literary and artistic spheres but also in the spheres of science, technology, and so forth. It was largely thanks to French that certain societies on the margins of Europe were able to gain access to the culture of the Enlightenment. The influence of French on the evolution of the literary language, and indeed on language in general, in various European countries is increasingly attracting scholarly attention.

In recent years the study of European francophonie has started to become a field of scholarship in its own right. Nonetheless, no overview of the genesis and evolution of francophonie in Europe has yet been provided by specialists in the various cultural fields affected by this phenomenon. The present series of seminars is therefore a pioneering attempt to lay some foundations for the historical study of European francophonie. (Version française (PDF, 77kB))

Audio files (mp3 format) of the lectures and question and answer sessions are available to download. Please note that using Google Chrome to access this website can stop the audio files from playing correctly. We recommend using Internet Explorer or Mozilla Firefox. 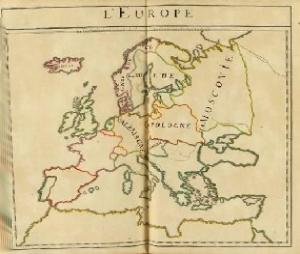