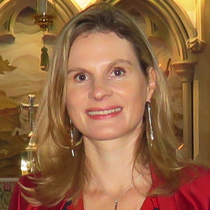 Tanya’s research interests involve the associations between systemic health and disease and the oral environment.  The focus of her PhD is the microbial links between periodontitis and Alzheimer’s disease using next generation sequencing techniques to study the microbiomes of human saliva, blood and the bacterial DNA identified in brain tissue. She has also investigated the feasibility of treating periodontitis in people who are living with Alzheimer’s disease.

Tanya originally studied dentistry at the University of Dundee, she graduated in 2002 with a BDS awarded with commendation after being awarded first class honours for an intercalated BMSc in physiology in 1999.  Tanya joined the Royal Army Dental Corps and served as a Dental Officer in locations within the UK and further afield.  Whilst working as a senior dental officer in 2011 she graduated from the University of Edinburgh with a MSc awarded with distinction in primary care dentistry. This degree was completed whilst working in military dental practice. She has worked in Bristol as a clinical lecturer since 2012 where she has taught on undergraduate and several postgraduate clinical degree programmes. Tanya is a fellow of the higher education academy and college of general dentistry and a member of the faculty of dental surgery at the Royal college of surgeons in England. As an academic registrar in restorative dentistry the focus of her teaching and research is in clinical restorative dentistry and periodontics.