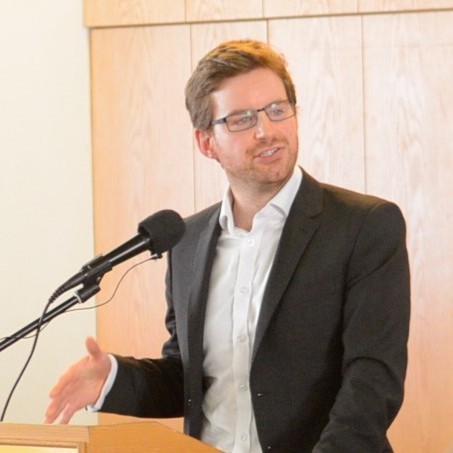 Lawrence Hill-Cawthorne is an Associate Professor in Law at the University of Bristol. Prior to joining Bristol in 2022, he was based at the University of Reading for 8 years. Other previous positions include Graduate Teaching Assistant in Public International Law at the University of Oxford, Stipendiary Lecturer and Director of Studies in Law at Merton College, Oxford, British Research Council Fellow at the John W Kluge Center, Library of Congress, Washington DC, Convenor of the Oxford Public International Law Discussion Group, and Treasurer & Member of the Executive Committee of Oxford Pro Bono Publico.

Lawrence's research interests cut across a number of topics within public international law, with his recent work focusing on international dispute settlement, international humanitarian law, international human rights law and international criminal law. His monograph, Detention in Non-International Armed Conflict, which was published in 2016 by Oxford University Press, was awarded the American Society of International Law's 2016 Francis Lieber Prize for best book in the field of international law and armed conflict as well as the 11th Paul Reuter Prize (administered by the International Committee of the Red Cross). It was also shortlisted for the SLS Peter Birks Book Prize for Outstanding Legal Scholarship. His scholarship has been cited by, amongst others, the UK Court of Appeal and UK Supreme Court.

Lawrence has acted as advisor to, inter alia, United Nations Special Rapporteurs, the International Bar Association, and the European Parliament. He also frequently assists counsel in cases raising public law and public international law issues before UK courts and before international tribunals. He has been Called to the Bar of England & Wales.