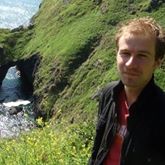 My research falls into two main categories. First, I work on Shakespeare and other English Renaissance dramatists. My first book, Dramatic Geography (Oxford University Press, 2017), examined English playwrights' representations of cultural encounter within the Mediterranean world, and I continue to write about theatrical space and dramatists' representations of geographical location: I recently contributed an article, 'Geography and Early Modern English Drama', to the Oxford Research Encylopedia of Literature, and I am writing the essay on 'Drama and Performance' for the forthcoming Routledge Handbook of Literary Geographies.

My second area of interest is the interrelation of humans and oceans. From 2013-18. I was co-coordinator with Dr Tamsin Badcoe of Bristol's multi-disciplinary 'Perspective from the Sea' research cluster, and I teach an undergraduate special subject that explores literary and non-literary writing about the sea. Much of my work in oceanic studies draws on my expertise in Renaissance drama: an article on Shakespeare's seas appeared in the journal Essays in Criticism in 2014; another, 'King Lear and the Art of Fathoming', published in the journal Renaissance Drama in 2018, is the forerunner to a larger project on figures of depth in Renaissance tragedy.

My work in oceanic studies also moves beyond the Renaissance and involves collaboration with scholars in different fields. A volume of essays entitled Shipboard Literary Cultures: Reading Writing, and Performing at Sea, co-edited with the historian Dr Susann Liebich (University of Heidelberg), was published by Palgrave Macmillan in 2021 (this collection includes a chapter co-written with Eli Cumings on nineteenth-century voyages), and I am currently working on several pieces concerned with cultural perceptions of the deep sea and seabed, often in collaboration with Dr Jimmy Packham (University of Birmingham) and with the geochemist Prof. Kate Hendry. Prof. Hendry and I also co-supervise a Masters by Research programme on the deep sea and seabed overseen by the Cabot Institute for the Environment.

I would welcome applications from anyone looking to conduct postgraduate research in Shakespeare and Renaissance drama; oceanic studies; literary/dramatic geography; or any combination of the three.

I currently teach the following modules:

I also lecture on the first-year units 'Approaches to Poetry' and 'Critical Issues' and the third-year unit 'Celebrity Cultures'.

I was Director of Exams for English for the academic years 2014-15 and 2015-16. I was the Faculty of Arts representative on the Alumni Foundation Committee from 2014-19, and I currently sit on the Management Group of Migration Mobilities Bristol, a Specialist Research Institute at the University of Bristol.

I studied at Bristol and Oxford, and was awarded my PhD from Bristol in 2010. I then worked for two years as Teaching Fellow in Renaissance Literature at the University of Leeds before returning to Bristol in 2012.

In 2014 I was awarded a British Council Researcher Links Grant, and spent a month teaching and researching at Sogang University (Seoul). I would be very happy to offer advice to any Korean students interested in studying at Bristol.

I became a Fellow of the Higher Education Academy in 2015.