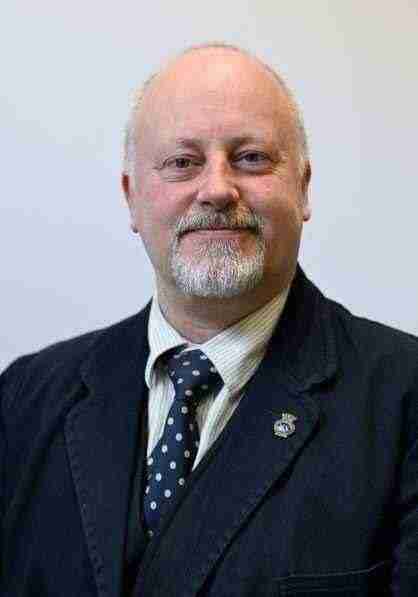 My research is concerned with developing polymeric materials with improved performance suitable for use in demanding environments and technologically relevant applications (e.g. satellites, military and civil aerospace, high performance automotive applications, micro-/opto-electrionics and polymer filters).  This may take the form of novel synthesis (of monomers) or blending of existing commercial materials.  To gain the best out of these materials, it is of key importance to understand the structures that they form (in terms of the bonds they form or the 3-dimensional structures that they adopt) so that these might be subtly improved.  My group employs cutting edge techniques to combine state of the art computer modelling and simulation techniques, with sophisticated analysis (at the atomic or molecular level through spectroscopy or at the macroscopic scale through thermo-mechanical techniques).  Computer simulation requires the use of software both developed by us, e.g. in the kinetic modelling of polymer cure and commercial packages e.g. in the calculation of the physical and mechanical properties of synthetic polymers.

To gain insight into how the chemical structure of a polymer affects its physical and mechanical properties, we have been using molecular modelling to build models of the polymers we are studying and have calculated experimentally measurable parameters e.g. the Young's Modulus of Elasticity, which we have then determined experimentally. The comparison between the calculated and experimental values allows validation of the molecular models. Systems studied include crystalline polyethylene, polyethersulphones and linear epoxy resins, prediction of the physical and mechanical properties of network forming cyanate ester resins, the interaction of resins with carbon fibre surfaces and evaluation of the accuracy of the prediction of polymer structures with specific infra-red characteristics. Recently, our interests have expanded to include conducting polymers, e.g. poly(p-phenylene) and polypyrrole and nanocomposites based on epoxy-POSS blends.

Introducing or Enhancing the Functionality of Polymer Composites and Nanocomposites

Several recent projects have been carried out to enhance or impart electrical or thermal conductivity of carbon fibre reinforced polymer composites (to improve the electrical static discharge properties or to reduce the effects of lightning strike).  Examples of this include projects sponsored by Astrium (for satellite applications) and Bombardier (civil aerospace).  Both projects have utilised carbon nanotubes (CNTs) – either dispersed in the polymer matrix in the former or deposited on the carbon fibres in the latter (T R Pozegic, I Hamerton, S R P Silva (2014). Low temperature growth of carbon nanotubes on carbon fibre to create a highly networked fuzzy fibre reinforced composite with superior electrical conductivity, Carbon, 74, 319-328).  A most promising development involving hydrophobic epoxy resins and diamond like coatings has also led to two patent applications (I Hamerton, W Tang, J V Anguita, S R P Silva (2013). Towards the rational design of polymers using molecular simulation: predicting the effect of cure schedule on thermo-mechanical properties for a cycloaliphatic amine-cured epoxy resin, Reactive and Functional Polymers, 74, 1-15).

Given the costs and timescales involved in the qualification of new materials for many technological applications, there is a much greater emphasis placed on optimising properties of existing polymers.  Consequently, we have carried out many projects (with Lonza, Cytec, Huntsman, and Dstl to name but a few) to examine the effects of blending with other polymers or introducing various additives (such as clay, CNTs or POSS reagents) to form nanocomposites.   However, in some cases, the need to make a paradigm shift beyond the limitations of existing materials requires new building blocks and we have the capability to synthesise and characterise new monomers and polymers from small (< 1g) to large (500 g) scale.

Several projects have focused on the development of polymers/nanocomposites (e.g. based on phenylethynyl terminated imides, cyanate ester resins, and bismaleimides) with extended lifetimes at elevated temperatures.  Equally, where exposure to radiation might be expected (in extra-terrestrial applications) then the incorporation of POSS to improve resistance to UV radiation or atomic oxygen has been explored.  Inevitably in some circumstances, polymers will undergo some degradation and we have most recently examined the kinetics and mechanisms of the thermal degradation of polybenzoxazines and cyanate ester resins (A Baggott, J R Bass, I Hamerton, B J Howlin, L Mooring, D Sparks, S J Shaw, C A Stone (2014). At the limits of simulation: A new method to predict thermal degradation behaviour in cyanate esters and nanocomposites using molecular dynamics simulation, Macromolecular Theory and Simulations, 23, 369-372, cover article).

This has long been an interest of mine and I always relish the chance to examine historical artefacts.  Consequently, a number of projects have been conducted including: examining pigments and binders on the ceiling of the Queen’s Staircase (Hampton Court Palace), assessing the remnant lifetime in sailcloth from the H.M.S. Victory, determining degradation in historical manuscripts and in Bakelite objects.  This work ties in well with my interests in examining/predicting polymer ageing.