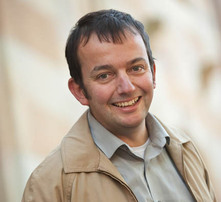 I am an anthropologist with expertise in material culture, museums and heritage. I have undertaken long-term fieldwork in Papua New Guinea and Vietnam, and conducted extensive work with museums in the UK, Australia, and Asia.

Graeme Were is the chair and professor of Anthropology in the Department of Anthropology and Archaeology at the University of Bristol. He has held positions at the University of Queensland, University College London, the British Museum, and Goldsmiths College London, and joined Bristol in 2018. His research interests include museum anthropology, digital heritage and material culture studies, and he has a regional specialism in Papua New Guinea and Vietnam.

Graeme's most recent monograph is titled 'How Materials Matter: Design, Innovation, and Materiality in the Pacific', published by Berghahn Books in April 2019. The book examines the role materials play in shaping people's lives in the Pacific, drawing on case studies of design projects to critically engage with scholarly literature in new materialism.

He is currently completing a new monograph on 'Museums, Collections and Social Repair in Vietnam' with Routledge. Much of this research combines anthropological fieldwork with his curatorial work in Vietnam. In 2019, Graeme worked with the Museum of Danang in central Vietnam to co-produce the stories of a displaced fishing community. In 2016, he collaborated with curatorial staff at the Vietnam National Museum of History to curate a temporary exhibition 'Doi Moi: Journey of Dreams' which explored the post-reform period from 1986 in Vietnam. He received a national achievement gold medal from the Vietnamese government for his contribution to museums in 2016.

Graeme currently holds an AHRC Network grant 'The Rise of Private Museums and Heritage in East and Southeast Asia: Understanding Memory and Transformation.' The network involves scholars from the UK, Asia, Europe, and the US who meet to discuss developments in the museum and heritage sector in Asia. More details can be found here.

His work investigates issues relating to museums, material culture and heritage in the context of Vietnam and Papua New Guinea, with a particular focus on knowledge practices and innovation. The results of his research have been published in 'Extreme Collecting' (with J C H King), 'Lines that Connect' and 'Pacific Pattern' (with S Kuechler).

He chairs the Museum and Heritage Research group in the Department of Anthropology and Archaeology - a cluster of Masters, PhD and postdoctoral students based at Bristol and overseas.