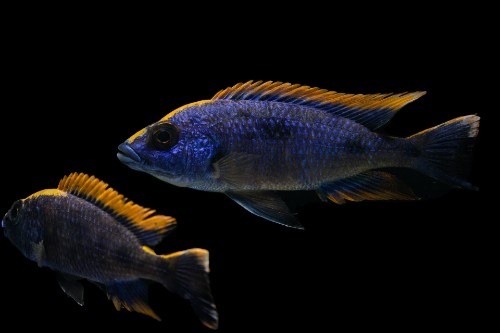 Scientists, led by University of Bristol, have been studying a fish sensory organ to understand cues for collective behaviour which could be employed on underwater robots.

This work was centred around the lateral line sensing organ in African cichlid fish, but found in almost all fish species, that enables them to sense and interpret water pressures around them with enough acuity to detect external influences such as neighbouring fish, changes in water flow, predators and obstacles.

The lateral line system as a whole is distributed over the head, trunk and tail of the fish. It is comprised of mechanoreceptors (neuromasts) that are either within subdermal channels or on the surface of the skin.

“We did this in a novel way, by using hybrid fish, that allowed for the natural generation of variation.”

They discovered the lateral line system around the head has the most important influence on how well fish are able to swim in a shoal. Meanwhile, the presence of more lateral line sensory units, neuromasts, that are found under the skin result in fish swimming closer together, while a greater presence of neuromasts on the skin tend to result in fish swimming further apart.

In simulation, the researchers were able to show how the mechanisms behind the lateral line work are applicable at not just the tiny scales found in actual fish, but at larger scales too. This could inspire a novel type of easily-manufactured pressure sensor for underwater robotics, particularly swarm robotics, where cost is a large factor.

Elliott said: “These findings provide a better understanding of how the lateral line informs shoaling behaviour in fish, while also contributing a novel design of inexpensive pressure sensor that could be useful on underwater robots that have to navigate in dark or murky environments.”

The team now plan to develop the sensor further and integrate it into a robotic platform to help a robot navigate underwater and demonstrate its effectiveness.