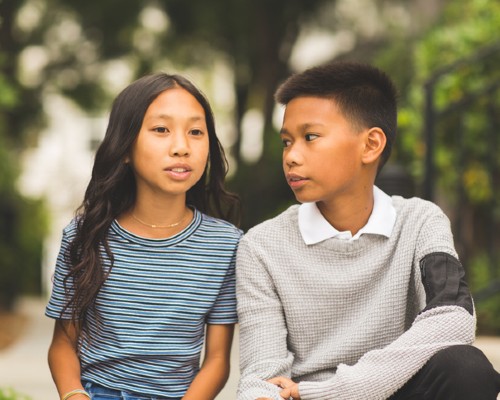 An international group of 100 scientists studied 178,076 siblings to estimate the effects of genetics and environment on health and social outcomes. Their findings are published today [9 May] in Nature Genetics. They found that the genetic factors on more social traits – like educational attainment, age of first child and depression – are strongly influenced by either the family or social environment. In contrast, the genetic influences on more biological traits – such as cholesterol and BMI – were found to be less socially influenced.

The study conducted a Genome-Wide Association Study (GWAS) on the siblings to estimate the genetic associations between each outcome and millions of common genetic variants. This type of study typically estimates the association of a trait like BMI and millions of common genetic variants across the genome using samples of unrelated individuals. Using siblings to estimate genetic effects is an established technique that exploits the random process of meiosis to protect against confounding. Whether a pair of siblings shares a particular genotype is entirely random, so if the siblings who share the genotype have more similar trait measures, researchers can be more confident that the genotype is influencing the trait directly.

The team demonstrated that previously reported genome-wide association study associations, which typically use more widely available population samples, tend to overestimate direct effects for many traits including educational attainment, cognitive ability, age when first gave birth, whether someone has ever smoked, depressive symptoms and number of children. Furthermore, they found that estimates of heritability, genetic correlations and other genetic analysis methods could substantially differ when calculated using estimates from siblings. However, in some cases, there is a more complicated picture. For example, height is highly heritable, but the study found evidence that some of these differences may be attributed to the selection processes that parents made in choosing their partners.

The international collaboration established for this study is continuing to work together and explore these issues further, including looking at associations between mother, father, offspring trios.

The study leads have written a FAQ here. This contains some of the questions received about the study, and it can be updated with further common queries.

About Mendelian Randomization
Information on Mendelian Randomization: a method of using variation in genes of known function between people to examine the causal effect of a modifiable exposure (i.e., diet) on disease (i.e. cancer) in observational studies. The use of genetics takes away any potential measurement or human, error associated with questionnaires and participant recall which are often used to record lifestyle factors such as level of physical activity.

We have published guides in BMJ, Nature Reviews Methods, podcasts, and a two-minute video primer.

About the MRC IEU
The MRC Integrative Epidemiology Unit (IEU) at the University of Bristol conducts some of the UK's most advanced population health science research. It uses genetics, population data and experimental interventions to look for the underlying causes of chronic disease. The unit exploits the latest advances in genetic and epigenetic technologies. They develop new analytic methods to improve our understanding of how our family background behaviours and genes interact to influence health outcomes.