Hospital database of serious injuries can be used to identify domestic violence and abuse, finds study 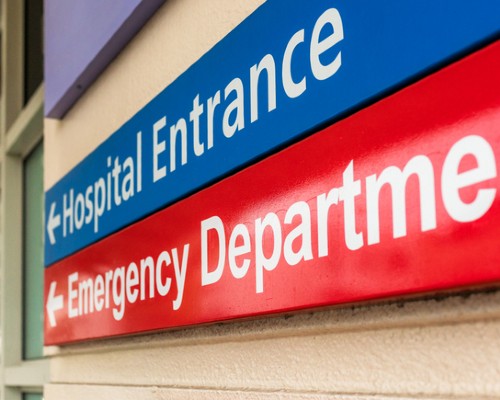 Domestic violence and abuse (DVA) could be identified in the future using an already established national database of serious injuries, according to new University of Bristol-led research. The pilot study, published in Injury Prevention [26 May], developed a method to identify DVA victim-survivors from hospital records.

It is recognised that patients will present to hospital with injuries caused by domestic violence and abuse. These are often injuries to a single part of the body such as head injuries, facial injuries, or a fractured arm. Until now, there have been no published studies in the UK looking at the relationship between multiple injuries in adults and DVA.

Researchers from Bristol Medical School, CLARITY (Collaborative Ageing Research) group at North Bristol NHS Trust, and King’s College London wanted to pilot a way of using the national database for trauma, the Trauma Audit and Research Network (TARN), to assess whether people experiencing DVA could be found. Patients are included in the database if they are admitted to hospital for longer than three days, or to critical care, or die from their injuries. Everyone included has either a severe single injury e.g. brain bleed, or multiple severe injuries. This means that any person included in the database will have significant and severe injuries that require hospital admission and treatment.

Using a tailored search method, 10,102 records submitted to TARN by Southmead Hospital North Bristol NHS Trust, were looked at by the team. This covered seven years of admission from 2012 to 2019. The researchers were able to identify 36 victims of DVA, confirmed by a review of the paper notes. Importantly, the team were able to assess the association of DVA with the person’s medical details, such as showing that victim-survivors of DVA were more likely to be admitted to ITU.

Dr Hollie Garbett, a Clinical Teaching Fellow at Bristol Medical School and in the CLARITY research group, and the study’s lead author, said: “Currently, no routine screening or data collection occurs within hospital trauma pathways for DVA. This study aimed to test a tailored search strategy to identify suspected cases of DVA from a local hospital trauma database that can be applied to any hospital or the national dataset to find possible DVA related injuries.

“Our findings show that DVA-related injuries are present in patients with serious injuries, and confirm that searching the TARN database is a feasible way to help identify suspected cases of DVA. Future work is needed to further understand this relationship on a national level.”

RESPECT Phoneline: Confidential helpline offering advice, information and support to anyone concerned about their own or someone else’s violent or abusive behaviour. Monday-Friday 9am-5pm: 0808 802 4040

About domestic violence
Domestic violence and abuse is a serious public and clinical health problem. It increases the risk of long-term conditions, especially mental health problems such as depression, anxiety disorder, post-traumatic stress disorder, and alcohol and substance misuse. Children affected by domestic abuse are at increased risk of mental health problems, poor school achievement, externalising and internalising behaviour, have poor adult mental health and increased risk of perpetrating or experiencing domestic abuse as adults. Anyone can be a victim or perpetrator of domestic abuse although victims are more likely to be women, and perpetrators more likely to be men. Evidence about the effectiveness of group programmes designed to help men deal with violent and abusive behaviour towards women is lacking.