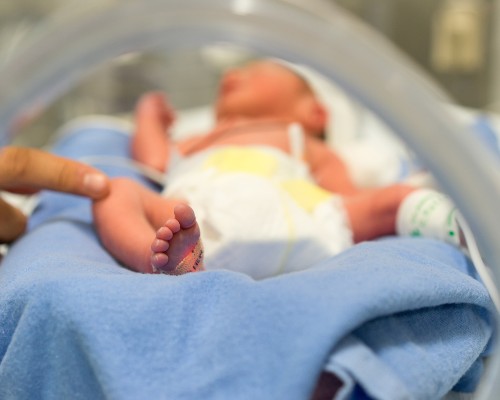 Image of a newborn baby.

New evidence has found a link between poor health as a newborn and mortality up to the age of ten. The new report from England’s National Child Mortality Database (NCMD), led by the University of Bristol, shows of the 4,829 children aged ten and under who died in England between 2019 and 2021, 72 per cent were found to have required additional care in the neonatal period.

The NCMD’s third thematic report, published today [14 July], uses unique and comprehensive data on child deaths in England to examine how neonatal health affects child mortality. It looks at deaths reported to the database between 2019 and 2021, but also deaths reviewed by professionals within that period to draw out the insights and lessons from every case.

The publication also examines the factors that could be changed to improve the situation, and presents recommendations for policymakers and health officials. Smoking during pregnancy, lack of involvement from appropriate services and maternal obesity were the three most prominent modifiable factors identified by child death review, and the report authors have called for current interventions to be strengthened and new measures to be deployed to tackle these issues.

Karen Luyt, Professor in Neonatal Medicine at the University of Bristol, NCMD Programme Lead and the report’s senior author, said: “This report, based on our unique data on child deaths for England, is a tremendously important step in recognising the paramount importance of neonatal health to overall child mortality. ONS figures show that between 1990 and 2015 the UK made less progress on under-5 mortality than any European country except Malta – but this new insight gives us a chance to work together with a focus on improving and saving children’s lives.”

Dr Camilla Kingdon, President of the Royal College of Paediatrics and Child Health, added: “This report is a powerful tool. It gives those of us who feel the pain of guilt after a child’s death the chance to understand how often there are ‘modifiable factors’ at play: up to a third of deaths have factors that could be modified, and in these cases a different outcome might have been possible. For bedside nurses and doctors, for public health doctors, for health service planners and commissioners, and for politicians, this report presents an opportunity to learn from these tragic cases and consider where interventions might prevent future deaths.”

While these findings demonstrate that we can better understand and derive learning if we pool information, it is important to recognise that no two deaths are the same. The authors of this report wish to acknowledge that the death of each child is a devastating loss that profoundly affects bereaved parents as well as siblings, grandparents, extended family members, friends and professionals. They also wish to thank all the families who shared their data and experiences, and the Child Death Overview Panels who submit detailed evidence on every death to the database.

The report can be found on NCMD’s website, together with details of an online lecture to introduce the findings of the report.

The National Child Mortality Database (NCMD) was established on 1 April 2019 with the aim of reducing premature mortality by collecting and analysing data on all deaths in children in England, aged between birth and their 18th birthday. Initially a four-year project, commissioned by Healthcare Quality Improvement Partnership (HQIP) on behalf of NHS England, it is led by the University of Bristol, in collaboration with the National Perinatal Epidemiology Unit (NPEU) at University of Oxford, UCL Partners and the software company QES.

In addition, the programme benefits from the involvement of charity partners: The Lullaby Trust, Sands and Child Bereavement UK. The research team work closely with Child Death Overview Panels (CDOPs), which implement the Child Death Review process, and review all child deaths in England.