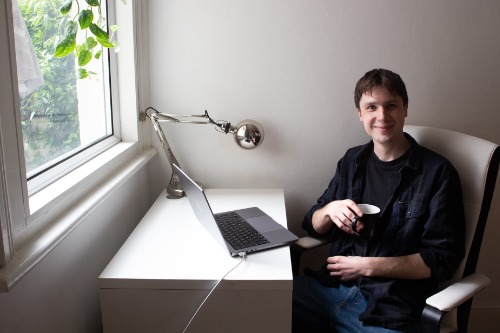 The carbon calculator was developed by Bristol graduate Albie Baker-Smith 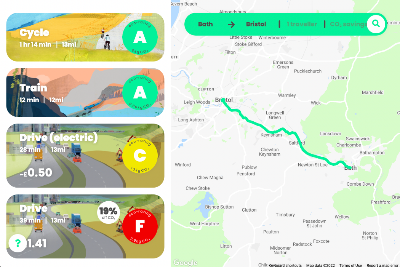 How to get from A to B without harming the planet?

Journeys are given eco-ratings from A to F based on the amount of CO2 they produce and users can then easily choose to carbon offset the journey.

“It all started when I was going on holiday and wanted to find the greenest way to get there,” 26-year-old Albie explained.

“The travel calculators out there were clunky and not very user friendly, so I decided to make my own.

“Travel emissions are such a visible part of the climate problem. 27% of UK emissions come from travel - a lot of which is single person car journeys – and I wanted to find a way to incentivise people to change their habits.”

The calculator is currently in its early stages and can be used by anyone for free. As Albie scales up he hopes that SMEs and larger companies - which are increasingly aspiring to go green - will buy the tool so they can factor in the environmental impact of doing business.

That up-scaling will be easier now Albie has won a UK Government ‘Young Innovators Award’, which came with a £5,000 grant and funding to work two days a week on the project.

The award came just at the right time for Albie, who quit his job at Bristol satellite software company Bright Ascension at the end of 2020 to follow his passion: tackling the climate crisis.

But his journey to Route Zero started long before then. As the son of two freelance illustrators he always wanted to be an entrepreneur - “I was always building and selling things to the neighbours,” he says - and found he had a knack for pulling things apart and putting them back together.

He started programming young, eventually joining the University of Bristol in 2015 and graduating from its integrated Masters in Computer Science in 2019 with a First.

At Bristol he was part of a team that won £1,000 from the University’s Careers Service to develop a 3D printing business idea. He described their start-up support as “excellent”.

These skills have been invaluable in building Route Zero, which uses travel and emissions data from Google, Government websites and other sources to inform its algorithms.

“In the short term I want to start bringing customers on board; mostly companies that want to lower their emissions,” Albie explained.

“But ultimately I want to tackle the commuter emissions problem in the UK. If I could reach 5 million commuters with this calculator that could save 1 million tonnes of carbon a year.”

Tansy Jessop, Pro Vice-Chancellor for Education at the University of Bristol, said: “Albie’s innovation puts a carbon calculator in reach of every commuter’s pocket, encouraging sustainable travel. It is a fantastic tool to work towards achieving our shared ambition of getting to carbon net zero, helping us take a data-driven approach to changing our travel behaviour.

“At Bristol, sustainability is now part of every decision we make, and we are proud that Albie is using the skills he learnt with us to do something so important.”

Albie is looking to talk to organisations that want to reduce their travel emissions, along with businesses, charities and public sector organisations working in this space. Get in touch via bakersmitha@gmail.com or LinkedIn.

The coach takes 3hr5min and at 4.5kg of CO2 produced gets an A rating, while the non-electric car option takes 2hr 24min - but with 33kg of CO2 it gets an F rating.

However, the F grade can be bumped up to a C (13kg) by telling the calculator you will be sharing the trip with others, driving economically and not using the air-conditioning.