Over a fifth of all child deaths in England could be avoided by reducing deprivation, new report finds 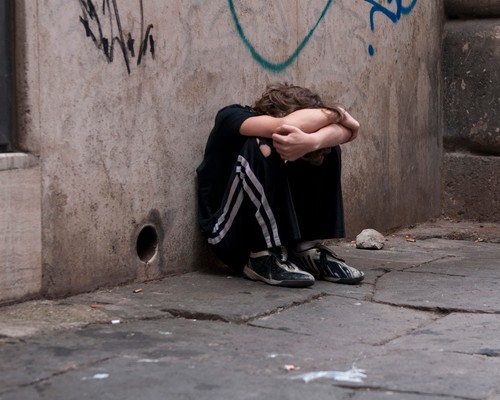 Around 700 child deaths that occur in England each year might be avoided by reducing deprivation, finds a new NHS England-funded report published today [13 May]. The University of Bristol National Child Mortality Database (NCMD)-led analysis identified a clear association between the risk of death and level of deprivation for children in England, for all categories of death except cancer.

Researchers from Bristol’s NCMD, which gathers information on all children who die in England below the age of 18 years, aimed to identify, and quantify, any association between child mortality and child poverty, and learn lessons that could help save children’s lives in future.

The team analysed the records of 3,347 children who had died in England between 1 April 2019 and 31 March 2020. Using postcode data, researchers linked each child’s residential address to the government’s measures of deprivation - which is calculated using seven main areas (income, employment, education, health, crime, access to housing and services, and living environment), with one being the least, and ten the most deprived areas (known as deciles).

The team found that, as deprivation increased, so did the proportion of deaths. For each increase in decile of deprivation, on average there was a relative ten per cent increase in the risk of death - so the rate is almost three times as high in the most deprived decile compared to the least.

This means that more than one in five (23 per cent) of all child deaths might be avoided if children living in the most deprived areas had the same mortality risk as those living in the least deprived, equating to over 700 fewer children dying per year.

More specifically, one in 12 children were found to have experienced one or more factors related to deprivation during their life. One of the main themes identified was housing issues, with the most common concerns being lack of cleanliness, unsuitable accommodation (e.g. overcrowding) and maintenance issues (e.g. damp/mould or house being in poor repair). A housing issue was identified in 123 deaths reviewed, this also included families being based in temporary accommodation, or frequently moving to new accommodation.

There were also 33 deaths reviewed in which homelessness was mentioned, either related to the father, mother, or child. Factors which contributed to homelessness included mental health conditions in a parent or caregiver and financial issues, and in some instances, both factors were present. Homelessness most commonly affected pregnant mothers, who went on to give birth to babies who subsequently died, families with young children, and young people having left or been forced out of their family home.

Karen Luyt, Professor in Neonatal Medicine at the University of Bristol, NCMD programme lead and the report’s senior author, said: “Our report finds strong evidence of a relationship between childhood mortality and social deprivation in England; backed up by other published evidence of widespread and consistent associations between poverty, social deprivation, and death. The value of this work is to derive learning from each child’s death to inform policy and improve children’s life chances in the future.”

Professor Sir Michael Marmot, Director of the Institute of Equity at University College London and author of the report’s foreword, stated: “In a rich society, deprivation should be avoidable – particularly of the kind that leads to deaths of infants and children. Such improvement is possible. Inequalities that are judged to be avoidable by reasonable means, and are not avoided, are inequitable. Putting them right is a matter of social justice.”

He added: “Urgent action is needed to increase the generosity of benefits for children, such as child benefit.”

While these findings demonstrate that we can better understand and derive learning if we pool information, it is important to recognise that no two deaths are the same. The authors of this report wish to acknowledge that the death of each child is a devastating loss that profoundly affects bereaved parents as well as siblings, grandparents, extended family members, friends and professionals.

The report can be found on NCMD’s website, together with details of an online dissemination event of the report to be held next Tuesday [18 May] from 1 to 1.30 pm.

The National Child Mortality Database (NCMD) was established on 1 April 2018 with the aim of reducing premature mortality by collecting and analysing data on all deaths in children in England, aged between birth and their 18th birthday. Initially a four-year project, commissioned by Healthcare Quality Improvement Partnership (HQIP) on behalf of NHS England, it is led by the University of Bristol, in collaboration with the National Perinatal Epidemiology Unit (NPEU) at University of Oxford, UCL Partners and the software company QES.

In addition, the programme benefits from the involvement of charity partners: The Lullaby Trust, Sands and Child Bereavement UK. The research team work closely with Child Death Overview Panels (CDOPs), which implement the Child Death Review process, and review all child deaths in England.