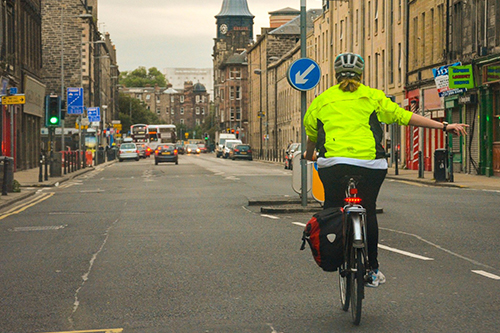 Among the home nations, people in Scotland are most likely to think the coronavirus crisis has been handled badly in the UK, to say that the pandemic has damaged their trust in the UK government, and to distrust Boris Johnson on issues relating to COVID-19, according to a new study.

The research, by the University of Bristol and King’s College London, also looked at perceptions of Nicola Sturgeon’s trustworthiness on coronavirus, as well as perceptions of the UK government more generally, revealing that the Scottish public are most likely to feel ignored by Westminster.

The findings are based on a survey of 4,896 UK adults aged 18 to 75 conducted between 1 and 16 April 2021. The large sample size allowed researchers to get a more reliable picture of the different nations, and follows a similar large survey conducted in Nov/Dec 2020, providing trends in opinion on some key measures.

Trust in the UK government in light of Covid

Fifty-five per cent of people in Scotland think the coronavirus crisis has been handled badly in the UK – similar to Wales, where virtually the same proportion (51 per cent) believe the pandemic has been mismanaged. This compares with 45 per cent of people in Northern Ireland and 40 per cent in England who feel the same.

Fifty-five per cent of the Scottish public also say that the overall experience of the pandemic has decreased their level of trust in the UK government – the only country where a majority feel this way, and far above Wales (43 per cent) and Northern Ireland (43 per cent), where this sentiment is next-highest.

In both Wales (28 per cent vs 21 per cent) and Scotland (26 per cent vs 16 per cent), people are more likely to say the rollout of the vaccination programme and communications about it has decreased their trust in the UK government than increased it.

Seventy-two per cent of people in Scotland say they don’t trust Boris Johnson very much or at all on issues related to coronavirus and how we should be responding to it – far higher than the proportions of people in Wales (60 per cent), Northern Ireland (51 per cent) and England (47 per cent) who hold this view.

It is almost the reverse picture when it comes to views of Nicola Sturgeon, with two-thirds (66 per cent) of people in Scotland trusting the first minister on COVID-19. This is virtually unchanged from Nov/Dec 2020 (67 per cent) – although the proportion who trust her a great deal has declined over the same period, from 33 per cent  to 27 per cent.

Large proportions of the public in each of the UK’s constituent nations think their government has done well in rapidly rolling out COVID-19 vaccines – but some are perceived to have done especially well relative to others.

General perceptions of the UK government among the home nations

Across a range of measures, people in Scotland have the most negative view of the UK government out of those living in any of the home nations:

Professor Bobby Duffy, director of the Policy Institute at King’s College London, said: "Scotland stands out as the most negative of the UK nations for ratings of the UK government’s performance during the coronavirus crisis, and in particular in how this has affected their levels of trust in Westminster. To have over half of Scots saying they trust the UK government less because of their experience of the pandemic is vital context to the Scottish parliamentary election, and to the longer-term challenges facing the United Kingdom."

Dr Siobhan McAndrew, senior lecturer in quantitative social science at the University of Bristol, added: "Divergence across the home nations in evaluation of the UK and devolved governments’ handling the pandemic is very interesting to see, since vaccine clearance and vaccination procurement are centrally-governed, while rollout is primarily a devolved issue. The Scottish public are most likely to trust their own government a great deal, as well as having the highest proportion saying their trust in the UK government has fallen because of the pandemic. Perceptions of performance in relation to the pandemic appear to relate to political identification and trust as much as to appraisal of specific successes and failures."

'Covid and trust: how the nations of the UK rate their governments' by Daniel Allington, Siobhan McAndrew, Bobby Duffy and Vivienne Moxham-Hall

The findings in this study are part of "Covid and after: trust and perceptions", a project funded under the ESRC COVID-19 Rapid Response research call ES/V015494/1