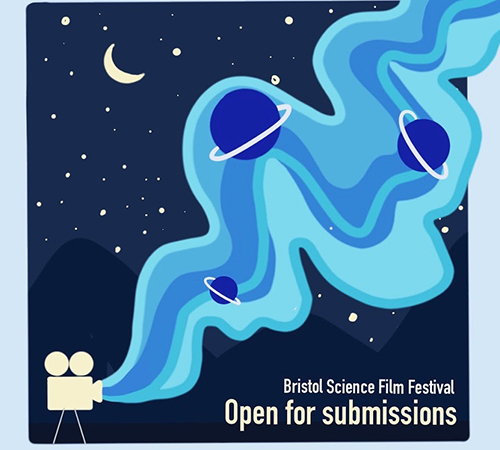 Bristol’s Science Film Festival is set to take place this summer and the organisers of the annual event are calling for submissions from amateur and professional movie makers ahead of the festival’s July showcase. Film-makers behind shortlisted films will have their films screened and a chance to win cash prizes.

Junior doctor Robbie Freedom, a University of Bristol graduate and co-founder of the festival, which is now in its 6th year, set up the event to engage science communicators to showcase their talents and discoveries through the medium of film.

This year, the festival has an additional health themed prize to mark the 200th anniversary of the birth of Elizabeth Blackwell, the first female doctor. The University of Bristol’s Elizabeth Blackwell Institute for Health Research has supported prizes of £150 and £50 cash prize for the winner and runner up of this category.

Memorable past winners and runners up included Mary-Laine Friday for ‘A to Z of Animal Mysteries’ in 2016, and PhD student Joshua Chawner for ‘World’s Coolest Lego Set’ in 2020.

University of Bristol PhD biochemistry student, Katherine MacInnes who co-runs the festival alongside Robbie, said: “Films represent a really powerful way to tell a story or help communicate some of science’s amazing discoveries and breakthroughs. With the increasing prevalence of mini-movie-making machines (smartphones), we think film is a great and accessible form of science communication.”

Katherine added: “If you think you have an idea or story that could translate into a short film then we would love to hear from you!”

Films can be science fact (documentary) or science fiction but must be under ten minutes long and entries need to be submitted by 1 May 2021 via FilmFreeway. Shortlisted films will be screened during the Film Festival in July. For more information on Bristol Science Film Festival visit https://brisscifilm.wordpress.com/bristol-science-film-competition/ or contact the team at email: bristolsciencefilmfestival@gmail.com.

About the Elizabeth Blackwell Institute

The Elizabeth Blackwell Institute drives innovation in research to improve health for all. It nurtures interdisciplinary research to address the complex health challenges facing us today.

The institute focuses on:

•            Supporting the next generation of health researchers