Child deaths during pandemic lowest on record for England 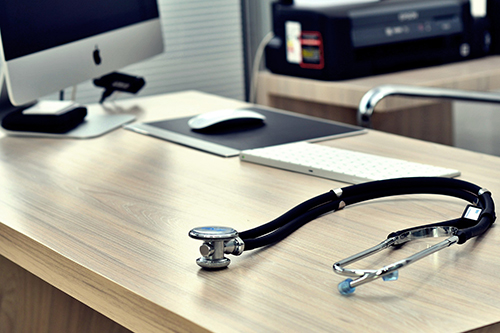 The number of children in England who died fell to 3,067 between April 2020 – March 2021. This is 356 fewer deaths than were recorded in the preceding 12 months (April 2019 – March 2020), and likely represents the lowest level of child mortality on record, according to a new study by researchers at the Universities of Bristol and Cardiff and published today [7 December] in Archives of Disease in Childhood.

The study, which uses data from the University of Bristol-led National Child Mortality Database (NCMD) — a first-of-its-kind initiative to collect comprehensive and timely data on every child death in England — sought to quantify the relative risk of childhood deaths across England during the first year of the COVID pandemic, compared to a similar period of 2019.

Findings from the analysis showed that deaths from non-COVID infections and other underlying medical conditions fell, and there is some evidence that deaths from substance abuse also reduced. In addition, the reduction in mortality appeared to occur during the winter months, where the seasonal increase, often caused by infections other than COVID-19, was not apparent. This period coincided with the prolonged lockdown in England from January to April 2021; suggesting that public health measures may be able to modify a significant number of childhood deaths every year. The reduction in child deaths was most prominent in children under ten years old.

These findings stand in stark contrast to overall mortality for England’s population, which was 14% higher than the previous year – and suggest that widespread changes in the delivery of healthcare during the pandemic may have prevented child deaths.

Professor Karen Luyt, Programme Lead for the National Child Mortality Database and Professor of Neonatal Medicine at the University of Bristol, said: “There was clear evidence  that the reduction in mortality was seen in two key areas: those children with underlying health conditions and those who died of infectious diseases other than COVID. Our data demonstrate that child deaths caused by seasonal infections are potentially substantially modifiable at population level. It is therefore important that we learn from the effects highlighted in this study to improve the outcome for the most vulnerable children in our society.”

'Child mortality in England during the first year of the COVID-19 pandemic’ by David Odd et al. in Archives of Disease in Childhood [open access]

Prior to publication this paper 'Child mortality in England during the first year of the COVID-19 pandemic' by David Odd, Sylvia Stoianova, Tom Williams, Peter Fleming, Karen Luyt was available in pre-print at MedRxiv

About the National Child Mortality Database (NCMD)
The National Child Mortality Database (NCMD) was established on 1 April 2018 with the aim of reducing premature mortality by collecting and analysing data on all deaths in children in England, aged between birth and their 18th birthday. Initially a four-year project, commissioned by Healthcare Quality Improvement Partnership (HQIP) on behalf of NHS England, it is led by the University of Bristol, in collaboration with the National Perinatal Epidemiology Unit (NPEU) at University of Oxford, UCL Partners and the software company QES.