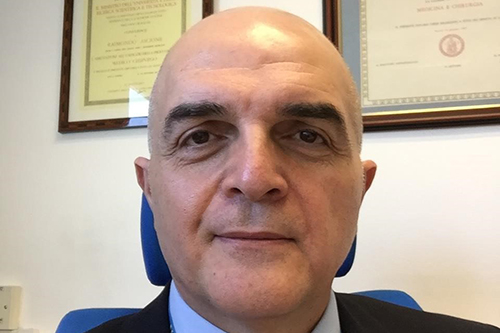 Professor Raimondo Ascione, NHS Consultant Cardiac Surgeon and Head of the TBRC at the University of Bristol 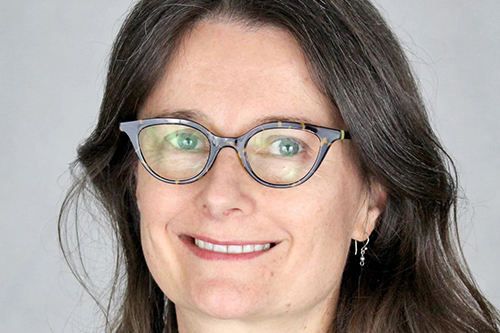 Kim Dora, Professor of Microvascular Pharmacology at the University of Oxford

New research has shown abnormalities in the tiny blood vessels of human hearts in regions well beyond the large arteries with atherosclerotic blockages that trigger the need for stents or bypass surgery. The findings could lead to the development of new treatments for patients with angina-like symptoms without blockages or those recovering from a heart attack or unexplained heart failure.

Normal intrinsic constriction of these micro-arteries in response to changing blood pressure is called myogenic (automatic) tone. Myogenic tone controls blood flow distribution within the heart muscle, and in other parts of the human body.

Current heart scans can identify blockages in large coronary arteries, but they are unable to show these tiny, hair size micro-arteries in patients, making it impossible to diagnose poor myogenic tone, which is thought to develop independent of disease in the larger arteries. This study used tissue biopsies to study the function, structure and alterations in pathways in the micro-arteries that link to abnormalities in myogenic tone.

The research team took small heart samples, that are otherwise discarded, from 88 patients with no large coronary artery blockages and undergoing valvular cardiac surgery at the Bristol Heart Institute. In addition, cardiac samples were obtained from three human organ donors from the Newcastle Institute of Transplantation Tissue Biobank and 45 pigs treated at the University of Bristol Translational Biomedical Research Centre (TBRC).

The research team found that 44 per cent of the micro-arteries from patients had abnormal myogenic tone despite retaining their cell viability. This abnormality was associated with an excessive presence of a molecule called caldesmon within the muscle cells in the wall of the abnormal micro-arteries and with poor alignment of these contracting cells compared to micro-arteries with normal myogenic tone from the other 66 per cent of patients, and all the organ donors and pigs.

Abnormalities in the micro-arteries affects the blood supply within the beating heart, and other organs in the body, affecting people's quality of life and life expectancy.

The findings offer new insights on coronary microvascular dysfunction that could predate the development of clinically known heart disease such as heart failure.

Professor Raimondo Ascione, NHS Consultant Cardiac Surgeon and Head of the TBRC at the University of Bristol, said: "It has been a pleasure to work with Professor Dora on this landmark study over the last seven years. No study had focused on ex vivo poor myogenic tone of the cardiac microcirculation before. These tiny arteries are sited deep within the cardiac wall, well beyond the blocked arteries we treat in the NHS with stents or bypass surgery and cannot be seen with a naked eye.

"Our study lifts the lid on cardiac microvascular dysfunction. It could help to develop new treatments to help patients with angina-like symptoms without coronary blockages, or those recovering from a heart attack or unexplained heart failure."

Kim Dora, Professor of Microvascular Pharmacology at the University of Oxford, explained: "I am so excited with the results of this study and the excellent teamwork with Professor Ascione in Bristol.  Not only will our findings enhance the development of new medical treatments and possibly new patient imaging modalities, but they represent a new ex-vivo research model for thousands of scientists globally working on microvascular dysfunction in the heart and other organs."

Professor Jeremy Pearson, Associate Medical Director at the British Heart Foundation, added: "This study is the first to develop techniques to understand the links between the structure of micro-arteries and impaired myogenic tone, representing the outcome of years of painstaking work to develop the methods and apply them to micro-arteries from human hearts. The findings provide new information that will help to develop treatments for the many patients whose angina occurs without significant narrowing of their coronary arteries."

There is now a new area of research that confirms thousands of patients, mostly postmenopausal women, have angina-like symptoms despite their coronary angiogram showing no obvious blockages of the large epicardial arteries in the heart that are usually treated with stent or bypass. Other patients seem to develop heart failure associated with either the contraction or the relaxation of their heart for no obvious reasons.

The human coronary micro-arteries the Bristol and Oxford team has studied in the laboratory represent the microvascular area in human organs (lung, heart, brain and elsewhere) where COVID-19 has caused most of the problems during the ongoing pandemic.

About the Bristol Heart Institute
Bristol Heart Institute is one of seven Specialist Research Institutes (SRIs) designed to reflect the University of Bristol's strength and depth in key specialisms. The institute is a world-leading centre for translational cardiovascular research and the leading academic cardiac surgery centre in the UK. Specialising in preventing, predicting, detecting, reducing and treating cardiovascular disease, it brings together scientists and clinicians from across the University and the NHS in Bristol; training the next generation of cardiovascular scientists and clinical academics.

About Microvascular Pharmacology at the University of Oxford
The Department of Pharmacology in Oxford is ranked number 1 internationally in the QS World University Rankings for Pharmacy and Pharmacology. The vascular pharmacology research group uses advanced live cell imaging and electrophysiological techniques to examine the cellular and intracellular mechanisms regulating the heart and microcirculation.

About the Translational Biomedical Research Centre (TBRC)
TBRC operates under the One Health concept for the benefit of humans, animals and the environment.  This national facility for large animals was developed at the University of Bristol in partnership with the Medical Research Council and the British Heart Foundation.

About British Heart Foundation
With donations from the public, the BHF funds ground-breaking research that will get us closer than ever to a world free from the fear of heart and circulatory diseases. A world where broken hearts are mended, where more people survive a heart attack, where the number of people prematurely dying from or disabled by a stroke is slashed in half. A world where people affected by heart and circulatory diseases get the support they need. And a world of cures and treatments we can’t even imagine today. We are backing the best ideas, the brightest minds and the biggest ambitions - because that’s how we’ll beat heartbreak forever. Find out more at bhf.org.uk