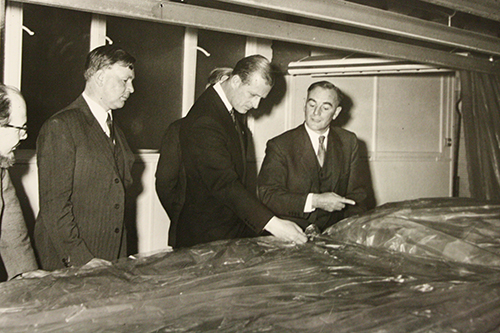 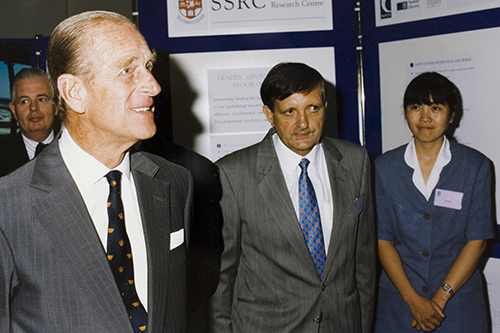 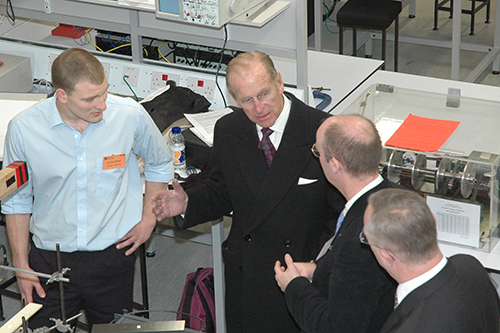 Great George, Bristol's largest bell housed in the tower of the Wills Memorial Building, will be playing his part when the nation observes the funeral of His Royal Highness The Prince Philip, Duke of Edinburgh on Saturday [17 April].

At 2.45 pm, six ringers from the University of Bristol Society of Change Ringers (UBSCR) will swing the mighty bell for ten minutes and at 3 pm, when the nation holds a minute of silence, the bell's chime will be silent.

Prince Philip visited the University on several occasions and following the sad news of the Duke of Edinburgh’s death our flags have been flown at half-mast as a sign of respect in accordance with royal protocol.

The sound of Great George is a familiar one across Bristol, telling the time for people during the day as the bell is struck automatically by its clock hammer. But the sound on Saturday afternoon before Prince Philip's funeral service will be much richer and louder because Great George will be swung by its rope and wheel, allowing its own clapper to strike the bell lip and produce its unforgettable E-flat tone. This task requires at least three ringers.

Matthew Tosh, one of the UBSCR's alumni members, who is leading the ringing of Great George, said: "As the nation pays tribute to Prince Philip, it is fitting to ring Great George, both as a mark of respect but also a celebration of his public service."

William Stafford, Ringing Master of UBSCR, and a current student, added: "We are very honoured to be ringing Great George for such a significant occasion.  Hopefully, we will do the Duke proud."

Weighing in at 9.5 tonnes, Great George is England’s seventh largest bell, the sixth heaviest in Britain and it is believed to be the third largest bell in the country that can be rung by hand.  When cast in 1924 it was regarded as the finest E-flat bell in the whole of Europe.  Today it is still one of the finest and deepest toned bells in the world.

The bell is only rung for significant national and local events, both sad and joyful.

Since the first COVID-19 lockdown in 2020 normal bellringing has been restricted with only single or selected bells being rung where Government guidelines have permitted, which is why churches will only be tolling single bells, rather than ringing all bells on Saturday to observe Prince Philip’s funeral. The physical size of Great George and that it is outside means the ringers can easily conform to social distancing and ventilation requirements.

About Great George
Great George was cast in 1924 and is reputed to be the finest E-flat bell in Europe and one of the deepest-toned bells in the world. It is the seventh largest bell in England and is believed to be the third largest that can be rung by hand. It is 6ft 9" high and 8ft 4" in diameter and can be heard several miles away.

It is named after George V, George Oatley and George Wills.