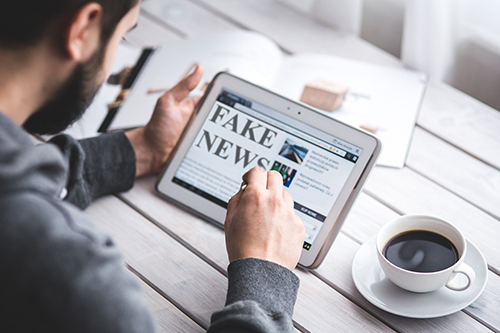 Well-informed political deliberation cannot occur when citizens and politicians are entangled in the dissemination of misinformation. Misinformation has particularly insidious psychological consequences because it often "sticks" in people’s memories even after it has been debunked, and even when people believe and acknowledge a correction.

The Debunking Handbook 2020 has been made freely available to the public, policy makers, journalists, and other practitioners and is a consensus document that reflects experts’ understanding of the science of debunking.

Professor Stephan Lewandowsky, Chair in Cognitive Science in the School of Psychological Science at the University of Bristol and lead author, explained: "Society is drenched in misinformation, which can range from inadvertent inaccurate reporting to deliberate dissemination of outlandish conspiracy theories for political ends.

"Social media has created a world in which traditional gate-keepers are largely absent, which allows misinformation to spread farther and faster online than ever before, and it is becoming increasingly difficult for the public to sift information that is accurate from false or misleading information.

"This handbook helps explain how best to combat misinformation, namely through intensive debunking or inoculating people against misleading information before it is encountered.

"The handbook is a consensus document that was created by an innovative process that involved a series of predefined steps, all of which were followed and documented and are publicly available. The authors were invited based on their scientific status in the field, and they all agreed on all points made in the handbook. We therefore believe that this is a consensus document that reflects the scientific consensus about how to combat misinformation."