Exceptional challenges of bereavement during the pandemic highlighted in interim findings 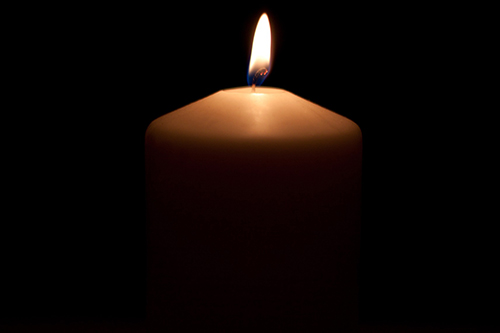 Interim findings of a survey of people bereaved in the UK since March, led by researchers from the univerities of Bristol and Cardiff and the Marie Curie Palliative Care Research Centre, show the difficulties and distress experienced by those who have lost a loved one, both prior to the death and in their grief.

In the first UK-wide survey exploring bereavement experiences and support needs, bereaved people described a lack of support following a loved one’s death: 45 per cent said they weren’t contacted by the hospital or care provider following the bereavement, while 51 per cent were not provided with any information about bereavement support. One in four participants reported feeling uncomfortable accessing support from bereavement services, while 56 per cent of people who tried to access bereavement services had experienced difficulties.

To me, when I couldn't even see my family because of isolation, and having just lost the person I most loved, the last thing I needed was to talk to an unknown faceless person at the end of a phone… [I] really need contact... face to face. (Bereaved wife)

I have self-referred to the bereavement counselling service at the hospice. They have acknowledged the referral, but I've heard nothing since. Their standard practice is to start counselling at least 6 weeks after death, which part of me understands, but part of me objects to. What is one supposed to do during those 6 weeks? (Bereaved husband)

Researchers at Cardiff University and the University of Bristol, including a team from the Marie Curie Palliative Care Research Centre, are conducting the research to give voice to the experiences of people bereaved in the UK of any cause since 16 March. The team has released findings from the first 532 respondents to the survey, which remains open until December 31. The study is funded by the Economic and Social Research Council.

Of those surveyed so far:

A bereaved daughter commented in the survey:

"We basically listened to him die on the phone over five days which was the most horrific experience for us and of course, Dad. We can only hope that he knew we loved him and hadn’t abandoned him in these last days."

Dr Emily Harrop, from the Marie Curie Palliative Care Research Centre based at Cardiff University, said: "The survey results so far show the exceptional challenges of pandemic bereavement in terms of difficult experiences at the end of life, restricted funerals and social isolation. Alongside these difficulties and relatively high levels of needs, bereaved people also report problems accessing support from friends and family and bereavement services. It is crucial that policy makers and those providing care and support to patients make changes to better support family members and close friends before and after a death."

Participants also described communication problems with healthcare providers during their loved one’s care and death, with one in four reporting they were not involved in decisions about the care of their loved one.

"When the hospital wouldn't let me in with my dad from the ambulance, that is the last time I saw him. It was a Friday and we couldn't get to speak to anyone until the Tuesday. It was hard to get through and when I did the person just dropped into the conversation that dad had COVID-19 - it was a shock. There was very little information and no support and no contact." (Bereaved daughter)

On the basis of these interim findings, which will be circulated to policy makers and bereavement services and are available to download from the study website, the researchers recommend:

More than 90 per cent of those who have taken part in the survey so far are female, and the team is now encouraging more men and more people from minority ethnic backgrounds, who currently account for less than five per cent of participants, to take part in the survey to ensure it is representative of the population affected.

Dr Lucy Selman, from the Palliative and End of Life Care Research Group and the Centre for Academic Primary Care at the University of Bristol, said: "There have now been over 70,000 excess deaths in the UK during the pandemic, in addition to an estimated 450,000 deaths every none months. With each death leaving around five people bereaved, 2.6 million people have been bereaved in the UK at a time of profound disruption to our social support networks as well as intense pressure on health and social care. We now have the opportunity to prevent a further mental health crisis by implementing our recommendations to improve end of life care and bereavement support.

"Our preliminary findings also suggest that men and people from ethnic minority groups might have different experiences of bereavement and support. But to test this we need more participants in these categories. If you have been bereaved since 16 March in the UK and feel able to share your experiences, please consider taking part.”

As part of their support for the bereaved, Marie Curie is spearheading a campaign to hold a National Day of reflection on 23 March 2021, the first anniversary of the UK going into lockdown. The National Day of Reflection will be for the UK to come together to remember all the people who have died during lockdown, and to show support and solidarity for those who have been bereaved.

To take part in the survey before December 31, visit https://www.covidbereavement.com/

Full study findings will be analysed and published in a peer-review journal in the first quarter of 2021.

The survey has been funded by UK Research and Innovation (UKRI) via the Economic and Social Research Council.

December 2 to 8 is National Grief Awareness Week, driven by The Good Grief Trust to raise awareness of the impact of grief. For more information, visit http://nationalgriefawarenessweek.org/

Marie Curie is the largest charitable funder of palliative and end of life care research in the UK. The charity invests in research to help inform better quality of care and a better end of life experience for people with any terminal illness, and the people who care for them.

Marie Curie Free Support Line
The Marie Curie Information and Support line (0800 090 2309) can help with information about all aspects of end of life or grieving, whether you have practical, emotional or financial questions or concerns, or if you just want someone to talk to. Nurses are also available to talk to on the line. For more information, visit www.mariecurie.org.uk/support

Talk About Dying, Death & Bereavement
Marie Curie can help you and your family open conversations around death and dying. Visit www.mariecurie.org.uk/talkabout to find ideas and tools to help you get started.

A National Day to #UniteInMemory
One million people have been bereaved since lockdown with every death from coronavirus or another cause devastating for friends and family. A National Day to reflect, grieve and remember all the people who've lost their lives will be held on 23 March 2021.

About the Marie Curie Palliative Care Research Centre (MCPCRC)
Formed in 2010, MCPCRC is based within the School of Medicine at Cardiff University, with direct links to the Wales Cancer Trials Unit at the Cardiff Centre for Trials Research. The centre’s location allows it to link with Marie Curie and its Hospice in Penarth, along with academic and clinical colleagues across the UK, and with research groups with a wide range of interests.

The centre is member of the Welsh Government funded Wales Cancer Research Centre and leads on the Palliative and Supportive Care research theme and Patient and Public Involvement within this Centre.

The centre aims to develop and support well designed research in palliative care, with the focus on design and conduct of pragmatic studies which will translate into better patient care.

Grief metric
Calculated using a metric from The Centre for Complicated Grief at Columbia University, that states on average each death leaves five people bereaved - http://complicatedgrief.columbia.edu/wp-content/uploads/2018/05/Shear-et-al.-2005.pdf