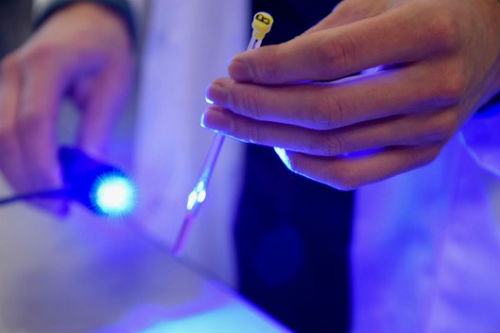 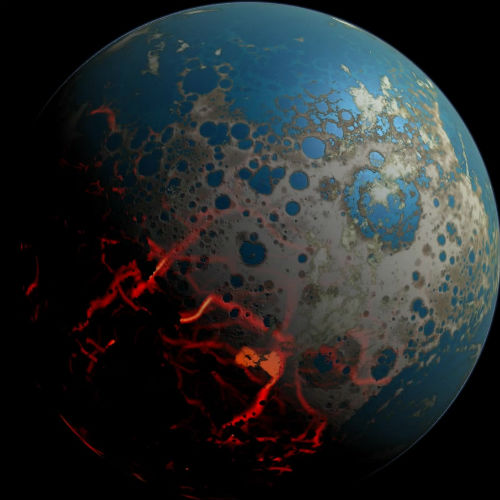 Two projects led by scientists from the University of Bristol have received grants totalling more than £5 million from the European Research Council (ERC).

The two Bristol scientists are among 185 academics from across Europe to be awarded an annual ERC Advanced Grant.

Professor Jonathan Clayden from Bristol’s School of Chemistry has been awarded a £2.2milion grant to support five years of research in the field of synthetic chemistry.

The project will bring together a team of researchers to design and build molecules known as ‘dynamic foldamers’ that are capable of reading chemical codes and converting them into useful function.

Life does this using complex biochemical mechanisms to translate the genetic code of DNA, but the aim of this work is to design new, simpler and more general ways to get molecules to interpret a code and to carry out instructions by communicating with one another through changes in shape and charge distribution.

The work will have applications in catalysis, with molecules that can be instructed to change from one role to another at just the right time during the synthesis of a drug molecule.

Professor Clayden said: “We plan to steal one of Nature’s best ideas – that a simple chemical code can create complex behaviour – and use it to design new networks of communicating molecules.

“This is blue skies, open ended research, but we expect the breakthroughs we make in the next five years to have an impact on the way we treat diseases in the next generation and beyond.”

The second project, led by Professor Tim Elliott from the School of Earth Sciences, aims to understand the dynamics of the Earth before plate tectonics became established and indeed when plate tectonics started. The ERC has awarded a £3million grant towards this project.

Professor Elliott said: “Planet Earth currently runs at an approximate steady state. In the last 50 years we have understood that tectonic plates are continually formed and destroyed.

“This is a more modern manifestation of the foundational tenet of burgeoning 18th century geology that “the present is key to the past”. Yet the violent accretional growth of the Earth and its recovery from an initial magma ocean phase cannot be part of such Uniformitarianism.”

The project will seek remnants of the early magma ocean phase by looking for diagnostic signatures in high-precision magnesium and silicon isotope measurements, asking if there is evidence for dregs of this primordial event preserved at the base of the mantle and recently brought to the surface in mantle plumes, such as Hawaii.

Work will also look for tell-tale chemical signatures of subduction - the process where a tectonic plate sinks into the mantle. Magmatism associated with subduction has peculiar chemical characteristics and if these can be found in the geological record it tells us plate tectonics was active at that time. Although simple in theory, a challenge is to robustly identify such fingerprints in ancient rocks. The project takes a new approach to this problem with a set of novel in situ analyses of ancient grains.

This work will be undertaken by Professor Elliott alongside colleagues from Bristol’s School of Earth Sciences with academic partners at the University of Leeds and ETH Zurich.

This project also involves a major collaboration with instrument manufacturers Thermo Fisher Scientific (Bremen, Germany). As part of a previous ERC grant, the Bristol Isotope Group and Thermo successfully developed a novel, tribrid mass-spectrometer.  The new grant will build on this innovative, patented work to produce a next generation instrument.  This work should ultimately realise new capabilities for Earth Sciences and other disciplines (potentially medical applications) beyond the specific remit of the proposed work.

Professor Jens Marklof, Dean of Science at the University of Bristol, added: “ERC Advanced Grants are amongst the most prestigious research grants in Europe, providing multi-million Euro awards to world-leading scientists.

“I am absolutely delighted for Jonathan and Tim, who will now have a unique opportunity to make significant advances in their research areas. Many congratulations to both of you for these richly deserved awards.”

The President of the European Research Council (ERC), Professor Mauro Ferrari, said: “I am glad to announce a new round of ERC grants that will back cutting-edge, exploratory research, set to help Europe and the world to be better equipped for what the future may hold.

“That’s the role of blue-sky research. These senior research stars will cut new ground in a broad range of fields, including the area of health. I wish them all the best in this endeavour and, at this time of crisis, let me pay tribute to the heroic and invaluable work of the scientific community as a whole.

“In this grant competition, we noted a drop in number of UK-based grantees, which reflects the recent decline in applications from the UK. Collaboration is one of the biggest gifts we have in science and I am hoping for the best for our future relationship with the UK.”

The European Research Council, set up by the European Union in 2007, is the premiere European funding organisation for excellent frontier research. Every year, it selects and funds the very best, creative researchers of any nationality and age, to run projects based in Europe. The ERC offers four core grant schemes: Starting, Consolidator, Advanced and Synergy Grants. With its additional Proof of Concept grant scheme, the ERC helps grantees to bridge the gap between their pioneering research and early phases of its commercialisation.

To date, the ERC has funded some 9,000 top researchers at various stages of their careers, and over 50,000 postdocs, PhD students and other staff working in their research teams. The ERC strives to attract top researchers from anywhere in the world to come to Europe. Key global research funding bodies, in the United States, China, Japan, Brazil and other countries, have concluded special agreements to provide their researchers with opportunities to temporarily join ERC grantees' teams.

The ERC is led by an independent governing body, the Scientific Council. The ERC President is Professor Mauro Ferrari. The overall ERC budget from 2014 to 2020 is more than €13 billion, as part of the Horizon 2020 programme, for which the European Commissioner for Innovation, Research, Culture, Education and Youth, Mariya Gabriel is responsible.