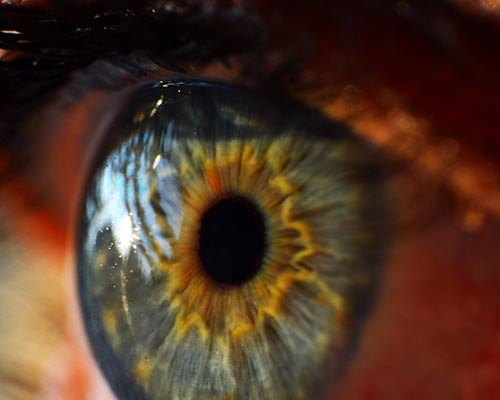 Researchers from the University of Bristol and University Hospital Southampton have found that a drug used widely to treat a common eye condition has “no benefit” and should no longer be used. Eplerenone, which is primarily used to treat heart failure, is currently offered widely by ophthalmologists as a treatment for central serous chorioretinopathy (CSCR) based on limited clinical data.

The condition causes fluid to accumulate under the retina and can lead to vision loss in up to a third of patients.

Eplerenone, which is one of a group of drugs that decrease the activity of hormones that regulate salt and water in the body, was found to improve vision in a small number of patients in early-stage research.

However, it is also associated with side effects including raised potassium levels which can affect heart rhythm, and a decrease in blood pressure.

As a result, Professor Andrew Lotery, a consultant ophthalmologist at University Hospital Southampton, launched the first study into the long-term efficacy and safety of the drug for CSCR.

The £1 million trial, funded by the Medical Research Council and National Institute for Health Research Efficacy and Mechanism Evaluation (EME) Programme, saw 111 patients at 22 sites across the UK receive either the medication or an identical placebo tablet for up to 12 months.

The results, published today by The Lancet, showed there was no benefit of treating patients with eplerenone compared to those who took a placebo.

“Despite a lack of robust clinical trial evidence, eplerenone and other similar drugs are widely used by ophthalmologists as first line therapy for the treatment of CSCR,” explained Prof Lotery, a professor of ophthalmology at the University of Southampton.

“However, as these drugs can have side effects such as hyperkalaemia, which causes a rise in potassium and can affect heart rhythm, it was important to the NHS that we determine efficacy and safety.

“After a year of follow-up, this study found no benefit of treating patients with eplerenone compared to those patients that took a placebo tablet.”

He added: “This is an important practice-changing finding and should prompt ophthalmologists to stop treating CSCR with eplerenone, instead opting to participate in future trials of other potential interventions.”

The study was co-led by Professor Sobha Sivaprasad, a consultant ophthalmologist at Moorfields Eye Hospital, and managed by researchers from the Bristol Trials Centre at Bristol Medical School at the University of Bristol which co-designed the study and analysed the data. Twenty-two hospitals participated and recruited participants to the study.

Professor Barnaby Reeves, of the Bristol Trials Centre, said: “It has been rewarding to collaborate on a study that has generated such a clear answer – all aspects of participants’ vision that we measured showed no benefit of eplerenone. Researchers can now focus their attention on alternative interventions.”

Early-stage research into CSCR was funded and supported by the Gift of Sight Appeal.