Could statins lower the risk of ovarian cancer? 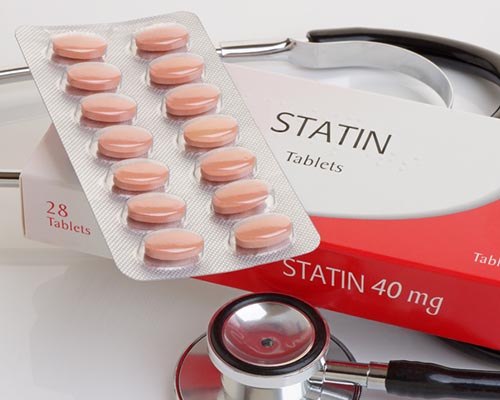 In the UK, ovarian cancer is the sixth most common cancer in females*. A new study has found evidence to suggest that statins could lower the risk of women developing ovarian cancer. The research led by the University of Bristol, and funded by Cancer Research UK, is published today [18 February] in JAMA.

Using a genetic epidemiological approach, known as Mendelian randomization, which can more reliably evaluate causal relationships between characteristics, such as drug targets, molecular traits, behaviours and health outcomes, the researchers found evidence to suggest that statins may lower the risk of ovarian cancer.

The findings were shown in both women who had no known family history of ovarian cancer and in those with mutations in BRCA1 or BRCA2 genes that put them at a higher lifetime risk of the disease.

James Yarmolinsky, Integrative Cancer Epidemiology Programme Research Associate in the Bristol Medical School: Population Health Sciences (PHS), who led the research, said: "While previous findings have suggested a correlation between statin use and a lower risk of ovarian cancer, these are the first findings to suggest that this relationship may be causal.

The research team's findings suggest that the use of statins, which are commonly prescribed, inexpensive, and safe, might be a new method for cancer prevention, as there are very few proven non-surgical approaches available to lower the risk of ovarian cancer.

"The potential protective effects of taking these drugs would need to be shown in a randomised controlled trial first before statin therapy could be encouraged as a method for reducing ovarian cancer risk."

The next steps include testing the study’s findings in independent datasets using alternative epidemiological approaches along with unpicking the potential biological mechanisms underlying this association.

About the National Institute for Health Research (NIHR)

About the MRC Integrative Epidemiology Unit

The Medical Research Council Integrative Epidemiology Unit at the University of Bristol (IEU) is one of the MRC's flagship University Units. The IEU brings together an innovative collection of research programmes and cross-cutting themes, underpinned by core research activities that will collectively fuel a step-change in causal analysis and their application. The aim of the MRC IEU is to apply the novel causal methods developed in the IEU to key research questions related to causes of bone, cardiometabolic, reproductive, mental and other aspects of ill-health; and to ensure that the results from these studies are appropriately translated into clinical/public health practice and industrial partnerships. A major focus of IEU activities is the integration of omic measures (genomic, epigenomic, transcriptomic and metabolomic) into epidemiological investigations.