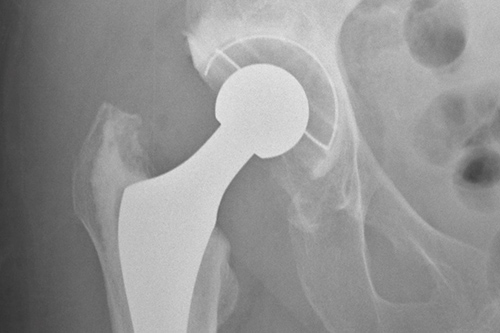 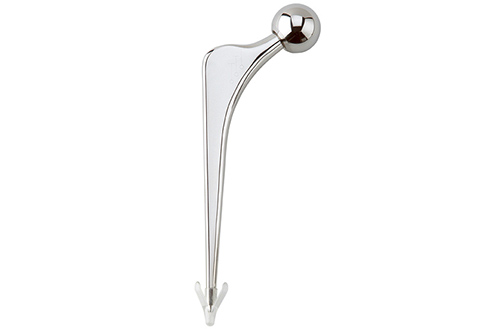 A study analysing over 650,000 hip replacement patients across England and Wales over 14 years sought to investigate why one hospital has consistently been identified as having better than expected outcomes compared to other settings. The findings have shown that the outstanding hip implant survival results seen in one centre in the UK are associated with implant choice more than surgeon skill.

Mr Jonathan Evans, Academic Clinical Lecturer at the Bristol Medical School; Translational Health Sciences (THS), based at Southmead Hospital, Bristol and lead author, said: "These findings are vitally important to making sure as many of our patients have a good outcome from their hip replacement as possible.

"We want patients across the country to feel empowered to ask their surgeon not only what implants they plan to use for their hip replacement but more importantly to ask for the long-term evidence that the implant works well. If they do not feel happy with the answer, then patients should feel confident asking for another opinion or even vote with their feet and go to a different hospital."

In 2017, there were over 822 different types of hip replacements implanted in England and Wales, but the Royal Devon & Exeter NHS Foundation Trust (RD&E) has used only three in the last 14 years. In the RD&E, only 1.7 per cent of hips needed to be re-done 14 years after the hip replacements were put in, but in the rest of the country this figure was 2.9 per cent. Given that about 100,000 people have a hip replacement every year, this difference could lead to many more patients needing further surgery.

The researchers considered age, sex and general health in their analyses and showed that when the patient’s outcomes from the RD&E were compared to cases nationwide where the same implants had been used, there was no difference in how many of the hips lasted 14 years. This suggests that consistent use of a reliable hip replacement implant may be a more important determinant of success than the surgeon performing the operation.

It has long been seen that there is variation in success rates between hospitals (as seen in the National Joint Registry annual report) and it is a priority of the NHS to reduce this variation, ensuring best possible results for all patients. The Getting it Right First Time (GIRFT) initiative in the UK seeks to reduce variation in outcomes between hospitals and learning from centres with statistically “better than expected” results is key to that.

A hip replacement principally consists of two components, one that replaces the ball and another that replaces the socket. There is variation in how these parts are fixed to the bone, as well as in the materials used to create the bearing (contact) surface.

Hip and knee replacements are two of the most common and effective forms of surgery. Yet even in the best-case scenarios, they will eventually fail due to processes such as infection, fracture, normal wear and tear or reaction to wear particles. In many of these cases, patients require revision surgery which is more prone to failure, associated with poorer function and more expensive than primary surgery. Making the first hip replacement last as long as possible is in the best interest of patients, surgeons and the NHS as a whole.

Mr Michael Whitehouse, Reader in Trauma and Orthopaedics at the Bristol Medical School: THS and joint senior author on the study feels this information is critical to help patients make the best decisions about their care.  He explained: "It is important to recognise that this study is not about encouraging surgeons to use one particular implant but to use the information available to them in the National Joint Registry and other reliable sources to choose implants with a track record of long-term success.

"Our study shows that long-term survival of a hip replacement is primarily down to a surgeon’s implant decisions rather than the particular way they perform the operation."

This study was funded by the National Joint Registry of England, Wales, Northern Ireland and the Isle of Man, the Royal College of Surgeons of England and supported by the NIHR Bristol Biomedical Research Centre, a partnership between University Hospitals Bristol and Weston NHS Foundation Trust (UHBW) and the University of Bristol.

The NIHR was established in 2006 to improve the health and wealth of the nation through research, and is funded by the Department of Health and Social Care. In addition to its national role, the NIHR commissions applied health research for the direct and primary benefit of people in low- and middle-income countries, using UK aid from the UK government.