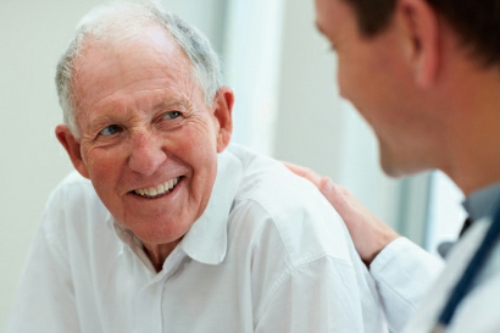 An NHS scheme to give every patient aged 75 and over in England a named GP responsible for their care has failed to deliver hoped-for improvements, according to a study by researchers at the University of Bristol's Centre for Academic Primary Care.

The scheme, introduced by the NHS Employers and General Medical Services in April 2014, was designed to improve the care of older people and keep them healthy, independent and out of hospital.

The National Institute for Health Research funded study, published in BMJ Open, found that the named GP scheme did not lead to patients seeing the same GP more often (continuity of care) or reduce rates of emergency admission to hospital. Instead it found that continuity of care decreased after the scheme was introduced and the risk of emergency hospital admissions increased.

The team analysed the records of over 19,000 patients in 139 English GP practices, linked with hospital data, to compare their health care use in the two years before and after the scheme was introduced. Results for those aged 75-84 were compared with those aged under 65-74.

Continuity of care decreased at a similar rate in both age groups after the scheme was introduced, and emergency hospital admissions increased in both age groups. However, the increase was greater for patients aged over 75.

Dr Peter Tammes, a Senior Research Associate at the Centre for Academic Primary Care, University of Bristol and lead author of the study, said: "The named GP scheme appears not to have delivered hoped-for results in terms of improved continuity of care and reduced emergency hospital admissions for older patients. This suggests that the policy of allocating a named GP is not, in itself, effective and more sophisticated interventions are needed.

"It also raises questions about how the scheme was implemented – whether, for example, it would have made a difference if patients had been given the option to express a preference for who their named GP should be and how well they understood what having a named GP was for.

"We did not interview patients and staff about what they thought about the scheme, so our understanding of why it does not appear to have worked is therefore limited. We would urge policy makers to look at other ways of improving care for this older patient group, taking both patient and GP views into account."