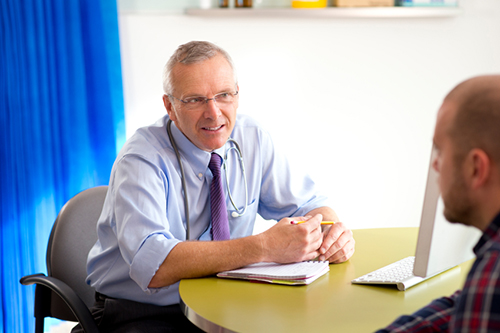 The system in place under the Mental Health Act that places decision-making powers in the hands of the nearest relatives for people who are sectioned needs to be extended to others to improve patient choice, according to new research.

The study, from academics at the universities of Bath, Bristol and the University of the West of England published in the journal Health & Social Care in the Community, identifies challenges to the existing system and makes recommendations for policy-makers and practitioners.

Under the Mental Health Act 1983 people detained with mental health problems can be given compulsory treatment in hospital. The current system assigns a 'nearest relative' – decided via hierarchical list of relatives - as the person who can act on behalf of a patient. However, this system is often problematic for a variety of reasons.

The study follows a recent Independent Review, which found that the nearest relative role limited choice for patients about who should be consulted about their care. Following the Review team’s report, the Government pledged to replace the Nearest Relative role with a new Nominated Person role, which would give people with mental health problems greater choice about who should represent them. However, whilst the Government committed to this in December 2018, no proposals have yet been put forward to address this.

The study draws on surveys and focus groups with Approved Mental Health Professionals to examine how they interpreted their legal duties towards Nearest Relatives. It finds that Approved Mental Health Professionals found it challenging to interpret existing law and faced problems knowing when to consult with Nearest Relatives and in managing confidentiality issues. The authors argue for greater use of advanced choice documents, which would enable users of mental health services to make clear who they wish to be their Nearest Relative, and what and with whom information should be shared.

Professor Judy Laing, from the University of Bristol Law School, added: "The nearest relative is intended as an important safeguard for people who are compulsorily detained and treated under the mental health legislation. However, there has been limited research to date on the operation of the role. Our study sheds some further light on how the nearest relative role is functioning and we hope our findings will inform the government's proposals to reform this aspect of the current law."

Through the research, the team identify that Approved Mental Health Professionals see some value in the Nearest Relative role as it allows relatives to advocate for people detained under the Mental Health Act. However, Approved Mental Health Professionals often struggle to balance the rights of people being assessed under the Mental Health Act and their Nearest Relatives due to the increasing complexity of the law, as well as time and resource pressures. A new nominated role would solve many of the problems identified but will only be more effective if resources are put in place to facilitate it, they suggest.

Dr Jeremy Dixon, from the University of Bath’s Department of Social & Policy Sciences, explained: "Our findings reinforce conclusions from the recent Independent Mental Health Act review that Nearest Relative provisions as they stand are 'outdated, variable and insufficient'. Our study identified the need for a Nominated Person role, which would give those being assessed under the Mental Health Act greater choice about who should be able to be consulted about their care and should be given powers to advocate for them."

Dr Kevin Stone, from the University of the West of England, added: "Our findings suggest that Approved Mental Health professional’s value the information nearest relatives can offer when assessing mental health needs, however these professionals currently have to walk a tightrope, between balancing people’s privacy and making sound decisions about whether someone should be detained under the Mental Health Act."

‘Treading a tightrope: Professional perspectives on balancing the rights of patient’s and relative’s under the Mental Health Act in England’ by Dixon et al in Social Care in the Community.