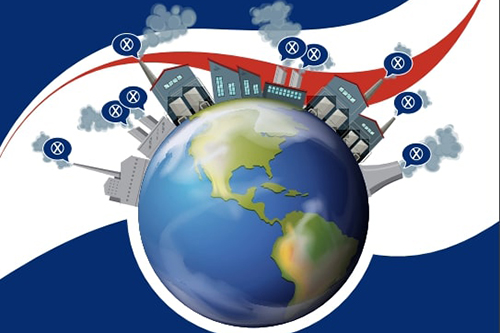 An international group of scientists has shown that fossil fuel corporations have, for decades, denied the public's right to be accurately informed about climate change by funding efforts to deceive people about the dangers of their product. A report illustrating how the industry "polluted the information landscape" and how the damage could be undone is published today [Monday 21 October].

The report entitled, 'America misled: how the fossil fuel industry deliberately misled Americans about climate change', by academics from the universities of Bristol, UK; George Mason, USA and Harvard, USA, summarizes more than a decade of peer-reviewed research, and has been published to help inform policymakers, journalists, and the public.

The report includes what the fossil fuel industry knew versus what they did, the arguments they used to seed doubt in the public, the techniques they used to create those arguments, and some strategies for combating them.

The key points in the report are:

Professor Stephan Lewandowsky, Chair in Cognitive Psychology in the School of Psychological Science and Cabot Institute for the Environment at the University of Bristol, said: "Disinformation about climate change has a straightforward purpose—to block action on climate change. In America, it has largely succeeded, with policies to mitigate climate change blocked or delayed for decades."

Professor John Cook,at the Center for Climate Change Communication at George Mason University, added: "Exposing and explaining the techniques used to mislead are key to inoculating the public from further industry-funded disinformation."

Geoffrey Supran, Research Associate in the Department of the History of Science at Harvard University, explained: "For 60 years, the fossil fuel industry has known about the potential global warming dangers of their products. But instead of warning the public or doing something about it, they turned around and orchestrated a massive campaign of denial and delay designed to protect profits. The evidence is incontrovertible: Exxon misled the public. Like all bad actors, they should be held accountable."

Later this week [Wednesday 23 October], the People of the State of New York will face Exxon Mobil Corporation in court. While the legal proceedings are complicated, the academics state they are underpinned by a simple truth: for decades, ExxonMobil and other fossil fuel corporations funded efforts to deceive the American people about the dangers of their product.

About the Cabot Institute for the Environment
The Cabot Institute is a diverse community of 600 experts, united by a common cause: protecting our environment and identifying ways of living better with our changing planet.  Together, we deliver the evidence base and solutions to tackle the challenges of food security, water, low carbon energy, city futures, environmental change, and natural hazards and disasters.