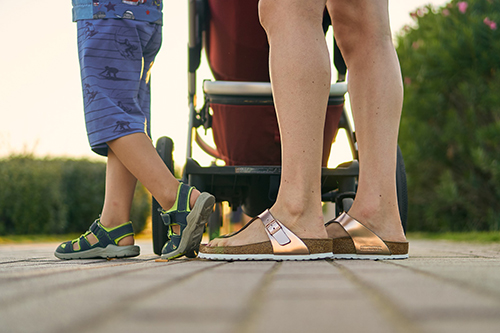 Children of women who reported domestic violence in pregnancy or during the first six years of the child's life are almost 50 per cent more likely to have a low IQ at age eight, research has found.

In the study academics from the universities of Manchester, Bristol, Manchester Metropolitan and Kings College London found 13 per cent of children whose mothers did not experience domestic violence had an IQ of below 90 at eight years of age.

If their mothers experienced physical violence from their partner either in pregnancy or during the first six years of the child's life, the figure rises to 22.8 per cent.

The team led by Dr Kathryn Abel from the University of Manchester show the chance of a low IQ rises to 34.6 per cent if the mother was repeatedly exposed to domestic violence.

That means children with mothers who repeatedly suffer domestic violence during pregnancy and the first six years of their child’s life are almost three times more likely to have a low IQ at eight years of age, find researchers.

Low IQ is defined as an IQ score less than 90, where a normal IQ is considered to be 100.

The study, funded by the Wellcome Trust and Medical Research Council, is published in Wellcome Open Research.

Children of the 90s follows children from pregnancy, and measures emotional and physical domestic violence – also known as intimate partner violence - from pregnancy until eight years of age.

The intelligence of the children was measured at eight years using the Weschler standardised IQ test.

Dr Abel said: "We already know that one in four women age 16 and over in England and Wales will experience domestic violence in their lifetime and that their children are at greater risk of physical, social and behavioural problems.

"We also know that intelligence in childhood is strongly linked with doing well in adulthood, though there has been little evidence about the risk of low IQ for these children.

"While we cannot conclude that IPV causes low IQ, these findings demonstrate domestic violence has a measurable link, by mid-childhood, independent of other risk factors for low IQ."

17.6 per cent of the mothers in the study reported emotional violence and 6.8 per cent reported physical violence.

The findings are independent of other risk factors for low IQ such as alcohol and tobacco use in pregnancy, maternal depression, low maternal education and financial hardship around the child’s birth.

There is some disagreement on whether the IQ test is a complete measure of intelligence, as it only considers verbal and non-verbal intelligence

However, it is regarded as useful by many experts because a high IQ has been demonstrated in many countries and cultures to associate with a broad range of improved social and health outcomes.

Dr Hein Heuvelman, Senior Research Associate in Mental Health Epidemiology in the Bristol Medical School: Population Health Sciences and corresponding author, added: "Exposure to domestic violence is common for children in the UK and an important and often overlooked risk factor in their life chances.

"So knowing the extent to which these already vulnerable children are further affected is a powerful argument for more, better and earlier intervention.

"Current support for women experiencing domestic violence is inadequate in some areas and absent in others.

"Early intervention with these families protects children from harm, but it may also prioritise their future development."

About Children of the 90s
Based at the University of Bristol, Children of the 90s, also known as the Avon Longitudinal Study of Parents and Children (ALSPAC), is a long-term health research project that enrolled more than 14,0000 pregnant women in 1991 and 1992. It has been following the health and development of the parents, their children and now their grandchildren in detail ever since. It receives core funding from the Medical Research Council, the Wellcome Trust and the University of Bristol.

The study team were: