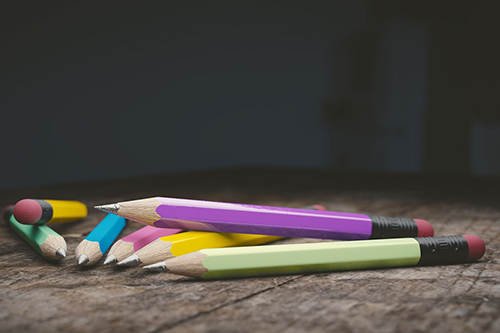 The first ever study to assess secondary school choices made across all households in England has shown that the system is unfair to households in areas where they are given fewer options on the application form, with these parents having to make ‘less ambitious’ choices.

While it was shown most parents actively use the school choice system and 85 per cent of households receive their first-choice school, the system's constraints still restrict education equality across England with parents who are allowed six options – compared to the more regular three – being afforded less caution in their choices.

This new research, published in the Oxford Review of Education, looked at a two large data sets making up more than 526,000 pupils in England.

Researchers from the Universities of Bristol and Cambridge also investigated the extent to which parents actively use the school choice system and how use of this system varies across households and neighbourhoods.

Black or Asian families (or families of children with English as an Additional Language, EAL) make more use of the school choice system (41 per cent of White British households only make one choice, compared to 17 per cent of Asian households and 12 per cent of Black households); prefer higher performing schools; and are far less likely to apply for their local school (only 27 per cent of EAL students compared to 42 per cent of non EAL pupils).

Despite making more choices, EAL students have a lower chance (73 per cent relative to 88 per cent for non EAL students) of receiving an offer from their first-choice school, perhaps because they were more ambitious in their choices

There was almost no difference in the number of choices made by more and less affluent families. However, households in more affluent neighbourhoods were more likely to choose their closest school, perhaps reflecting the higher quality of their nearest school.

In addition, the study, which looked at data from the 2014/15 academic year, found:

Importantly, although most households receive an offer from their first-choice school (85 per cent) this is probably masking a wider issue.

Professor Simon Burgess, from the School of Economics at the University of Bristol, said: "Households seem to make pragmatic choices based on the probability of admission at each school. Eighty-five per cent may therefore be viewed negatively as reflecting parents being very cautious in their choices.

"A successful system with active and ambitious choices by parents would result in a lower percentage of parents getting their first choice. Allocating places to popular over-subscribed schools by proximity means that some households have negligible chance of admission to the best schools and it seems that many therefore do not bother applying. This is what needs to change to increase fairness in the English system."

Co-author Ellen Greaves, also from the School of Economics at the University of Bristol, added: "The school a pupil attends can affect their attainment and enjoyment of school, ultimately affecting their life chances. Understanding the functioning of the school choice system and how pupils are allocated to schools is therefore critical if we are to understand and improve educational equality and social mobility.

"Our data suggests that many parents are making active choices for schools and appear to value academic attainment. While many households clearly engage with the school choice process, , choice is curtailed for others by the limited number of choices permitted, these households may decide that making an ‘ambitious’ choice would be wasteful."

Professor Anna Vignoles, from the Faculty of Education at the University of Cambridge, believes that the current system is causing a situation where families are being made to make cautious decisions about their school choice.

She said: "There appears to be a degree of caution being exhibited whereby parents are more likely to put down the school that they have the greatest chance of their child being admitted to (often their nearest) when they are only permitted three choices.

"On average we found parents and pupils usually attempt to try to study at the highest attaining school, rather than the one which is closest."

The planned next stage of the research is to determine the relative importance of parental choice and constraints in school allocation.

‘School choice in England: evidence from national administrative data’ by S. Burgess, E. Greaves and V. Vignoles in the Oxford Review of Education