Leaving school earlier could increase the risk of heart disease 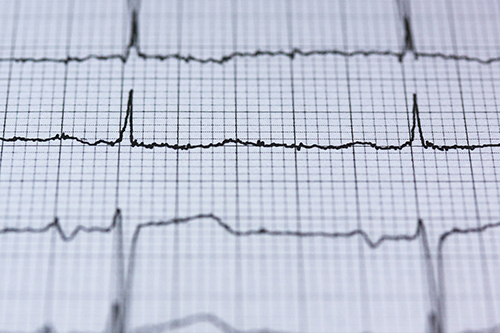 Although it has been known for a long time, that education, and socioeconomic position affect health, particularly in later life, there was limited knowledge as to why. New research has found that increased levels of BMI, blood pressure and smoking partly explain why people who left school at an earlier age could be at an increased risk of heart disease.

The study led by the University of Bristol and Imperial College London, and published in the BMJ today [Wednesday 22 May], investigated the role of body mass index (BMI), systolic blood pressure (SBP) and smoking in European populations to explain the effect of education on the risk of cardiovascular disease, which affects the heart or blood vessels and includes heart disease, heart attack and stroke.

Building on previous heart disease studies, the researchers looked at the effect of education on all combined coronary disease subtypes, heart attack and stroke. Using a method called mediation analysis, which aims to identify the mechanism between an exposure and outcome, they investigated how much of the association between education and heart disease could be explained by BMI, blood pressure, smoking and all three factors together.

Alice Carter, PhD student in Population Health Sciences in the MRC Integrative Epidemiology Unit at the University of Bristol and co-first author, said: "Past policies that increase the duration of compulsory education have improved health and such endeavours must continue. However, intervening on education is difficult to achieve and requires large amounts of both societal and political change.

Dr Dipender Gill, co-first author of the work from Imperial’s School of Public Health, explained: "Although we know from previous research that someone who spends more time in education has a lower risk of heart disease and stroke, we didn’t know why. Surprisingly, our research suggests only half of this protective effect seems to come from lower weight, blood pressure and less time smoking.

"We now need to investigate what other reasons may link education and lower cardiovascular risk. One possibility is that people who spend more time in education tend to engage more with healthcare services, and see their doctor sooner with any health complaints."

Analyses were carried out using self-reported or measured observational data in 217,013 participants in the UK Biobank. These analyses were then replicated using Mendelian randomisation, a method which uses genetic variants (single point changes in an individual’s DNA sequence) associated with the risk factors, including education, BMI, blood pressure and smoking. Additionally, genetic data from large consortia were utilised to replicate these Mendelian randomisation analyses.

Although the study, funded by the Medical Research Council (MRC) and the Wellcome Trust, has been able to explain around 40 per cent of the effect of education on heart disease with BMI, blood pressure and smoking, over half of the effect remains unexplained.

The team carried out some sensitivity analyses, looking at broad measures of diet and exercise, and these factors did not explain any additional amount of the association.

Understanding what other factors are driving the association will be important. This may be related to medication use, for example being prescribed cholesterol lowering drugs – statins – and then taking them as prescribed.  Additionally, this work predominantly looked at white, European individuals. We know there are ethnic differences both in education and heart disease, so repeating these analyses in diverse populations will be necessary to extrapolate these findings.

Finally, researching and identifying what interventions may be successful in lowering these levels of intermediate factors, and then implementing them, will be key to reducing heart disease.

This work was carried out with Medical Research Council (MRC) funding through the MRC Integrative Epidemiology unit. Dr Dipender Gill from Imperial College was joint first author on this paper and receives funding from the Wellcome Trust. Other collaborators include: University of Oxford, University of Cambridge, University College London, University of Lausanne and the CHARGE consortium.