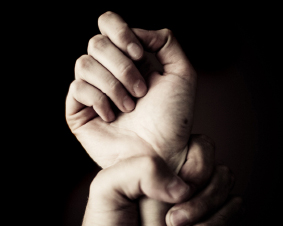 A new study of non-suicidal self-harm in England, published in The Lancet Psychiatry journal, suggests that rates grew from around 2 per cent to 6 per cent of the population between 2000 and 2014. At the same time, the study noted no evidence of an increase in treatment contact for this group.

Non-suicidal self-harm (NSSH) is defined as self-inflicted harm without suicidal intent. The study found that it has become more common in both sexes and in people of all ages, but that the rate is highest in 16-24 year olds, particularly girls and women. The authors raise concerns that there could be lifelong implications of NSSH, especially if the behaviours are adopted as a long-term coping strategy, and more must be done to help young people manage emotional stress. They note that their research does not study the reasons for increased distress in young people.

Sally McManus, National Centre for Social Research, UK, said: “Non-suicidal self-harm is increasingly being reported as a way of coping, we need to help people, especially young people, learn more appropriate and effective ways of dealing with emotional stress. The availability of services needs to be improved, especially for young people, so that health, education and social care professionals can discuss the subject with them and support better emotional health.”

Previous studies on these trends have taken their data from health services, not the wider population. However, most people who self-harm do not go to hospital. While the past studies report a rise in the number of people presenting to hospital emergency departments after self-harming, it was not previously known whether the rise reflects an increase in the prevalence of self-harm in the wider community.

The new study is the first to establish trends in the prevalence of NSSH across England. The researchers analysed data from people aged 16-74 years in the Adult Psychiatric Morbidity Surveys, a series of surveys of the mental health of people in England. Questions were asked face-to-face primarily.

Questions included whether participants had deliberately harmed themselves in any way without the intention of killing themselves, how they had harmed themselves, why they had done so (whether to highlight or change their situation; or because it relieved unpleasant feelings of anger, tension, anxiety, or depression), and whether they had received subsequent medical attention, and/or psychological support (via a psychiatrist, psychologist, or counsellor). The study also looked at participants’ ethnicity, home ownership, whether they were in debt, education, and household income. The authors did not look at the factors underlying these adverse trends in mental health.

In 2007 and 2014, for men and women, NSSH was more commonly used with the intention to relieve unpleasant feelings of anger, tension, anxiety, or depression, than to change a person’s situation.

Despite increases in population prevalence of NSSH, the study found no evidence of an increase in treatment – the proportion of people reporting no subsequent medical or psychological service contact after NSSH remained stable between 2000, 2007 and 2014 (51.2 per cent, 51.8 per cent, and 59.4 per cent, respectively). Women and girls who had engaged in NSSH were more likely than men and boys to have contact with medical or psychological services, as were older people (35-74 years) compared to those aged 16-34 years.

The authors say that their findings suggest that the increased prevalence of people being treated for NSSH in healthcare settings probably reflects the growing prevalence of NSSH in the community, rather than improved services or access of care.

“An increase in the prevalence of using self-harm to cope with emotional stress could have serious long-term implications. There is a risk that self-harm will become normalised for young people, and individuals who start to self-harm when young might adopt the behaviour as a long-term coping strategy,” says co-author Professor Louis Appleby, The University of Manchester, UK. “Furthermore, non-suicidal self-harm may be associated with later suicide. As young people get older, reaching age groups that already have higher suicide rates, the self-harm they have learned may become more serious and more likely to have a fatal outcome. Young people need health and educational services to be available, and health professionals need to discuss self-harm with young people and encourage them to find safer ways of coping.”

The authors highlight several limitations to the study. In 2000, stigma around self-harm might have discouraged some people from disclosing it to interviewers, while in more recent years it has become less stigmatised. The possible past underreporting could mean that the actual increase in self-harm by 2014 was less pronounced than the current findings suggest.

Equally, the authors note that their estimates are primarily from face-to-face interviews where participants may choose not to disclose NSSH. In the 2014 data it was possible to combine results from the face-to-face interviews with self-completed questionnaires. This indicated that the overall prevalence of NSSH in the English population aged 16-74 was higher, at 8.1 per cent in 2014 and 62.6 per cent reported no medical or psychological service contact after NSSH.

The low number of participants could mean that some estimates do not precisely reflect trends in the wider population. The sample size was also too small to allow for analysis by ethnicity. Meanwhile, the authors note that the people most likely to take part in a survey are those who feel it is relevant to them. This could mean that people affected by self-harm were more likely to agree to take part in the interviews. Finally, the study could not examine trends in how often or how recently people had self-harmed.

Writing in a linked Comment, Dr Rohan Borschmann from the University of Melbourne, Australia, says: “Adolescent NSSH is a marker for concurrent risk behaviours that pose substantial hazards for social and emotional development throughout young adulthood and beyond. Interventions addressing other key individual-level risk domains—including mental health problems, substance use, and antisocial behaviour— are therefore likely to help support vulnerable young people as they make their way through life… Evidence for effective interventions to reduce NSSH in young people is scarce, and key studies require replication. Thus, the increase in the prevalence of NSSH has wide-reaching and potentially lifelong implications. Sequelae of the growing burden of NSSH include a rise in preventable suicide deaths in vulnerable young people and a poorer start in life for the children of young women engaging in self-harm. Unless evidence-based, population-level, and targeted preventive responses are scaled up proportionately to the increase in NSSH, and access to low-threshold mental health services for young people engaging in NSSH is improved, the burden of untreated NSSH will continue to rise.”