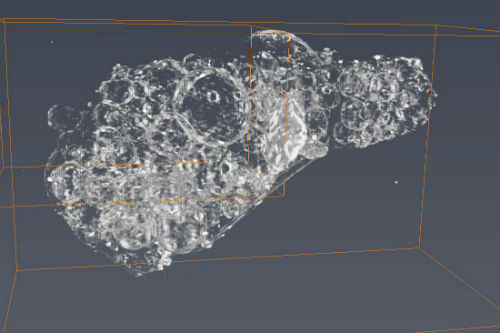 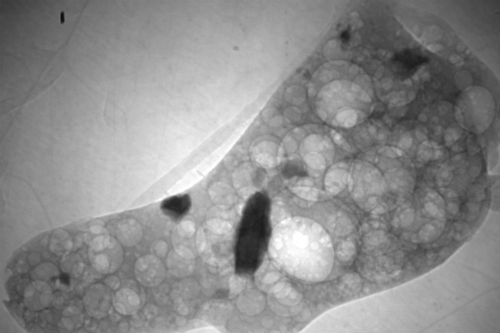 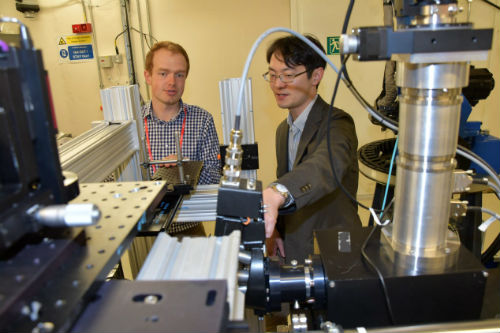 Through the analysis of specific fallout particles in the environment, a joint UK-Japan team of scientists has uncovered new insights into the sequence of events that led to the Fukushima nuclear accident in March 2011.

The multi-organisation research, led by Dr Peter Martin and Professor Tom Scott from the University of Bristol’s South West Nuclear Hub in collaboration with scientists from Diamond Light Source, the UK’s national synchrotron facility, and the Japan Atomic Energy Agency (JAEA), has been published today in the journal Nature Communications.

Like the Chernobyl accident of April 1986, the incident at the Fukushima Daiichi Nuclear Power Plant (FDNPP) has been classified by the International Atomic Energy Agency (IAEA) at Level 7 (the most-severe) of the International Nuclear Event Scale (INES) as a consequence of the large amount of radioactivity released into the environment.

Even now, eight years after the accident, significant areas surrounding the plant remain evacuated due to the high levels of radioactivity that still exist. It is believed that some people may never be able to return to their homes as a consequence of the accident.

Following the isolation of the sub-mm particulate from environmental samples obtained from localities close to the FDNPP, the team first utilised the high-resolution combined x-ray tomography and x-ray fluorescence mapping capabilities of the Coherence Imaging (I13) beamline at the Diamond Light Source.

From these results, it was possible to determine the location of the various elemental constituents distributed throughout the highly-porous fallout particle, including the exact positions of micron-scale inclusions of uranium around the particles exterior.

Having identified these uranium inclusions, the team then analysed the specific physical and chemical nature of the uranium using the Microfocus Spectroscopy (I18) beamline at Diamond.

By targeting the highly-focused X-ray beam onto the regions of interest within the sample and analysing the specific emission signal generated, it was possible to determine that the uranium was of nuclear origin and had not been sourced from the environment.

Final confirmation of the FDNPP origin of the uranium was performed on the particulate using mass-spectrometry methods at the University of Bristol, where the specific uranium signature of the inclusions was matched to reactor Unit 1.

As well as attributing the material to a specific source on the FDNPP site the results have additionally provided scientists with crucial information to invoke a mechanism through which to explain the events that occurred at reactor Unit 1.

Through the application of the advanced synchrotron analysis techniques, the physical and chemical state of the uranium inclusions shows that despite being of reactor origin, such material currently exists within a state that is environmentally stable – further enhanced by the silicate material that encompasses them.

Dr Peter Martin said: “I am very pleased that this research has been recognised in Nature Communications. It is a tribute to the excellent collaboration of our partners at JAEA and Diamond Light Source. We have learned an invaluable amount about the long-term environmental effects of the Fukushima accident from this single particle as well as develop unique analytical techniques to further research into nuclear decommissioning.”

This study forms part of an ongoing research project investigating the environmental impact of such Fukushima-derived spent-fuel containing particulate distributed within the environment – funded by the Environmental and Physical Sciences Research Council (EPSRC – Reference: EP/S020659/1) and the Japanese Ministry of Education, Culture, Sports, Science and Technology (MEXT). Alongside the JAEA, the universities involved in this work include Bristol and Sheffield (UK), alongside Ibaraki and Kyoto (Japan).

Diamond Light Source is the UK’s synchrotron science facility. Each year thousands of scientists use the UK’s synchrotron and its integrated facilities (eBIC, ePSIC etc.), with 57 percent visiting and 43 percent accessing the facility remotely. Diamond’s state-of-the-art facilities and world-class people act as agents of change, addressing 21st century challenges such as disease, clean energy and food security. Diamond research supports new medicines, technologies and advances of all kinds. More than 7,000 papers have been published because of research conducted at the facility.

About the Japan Atomic Energy Agency (JAEA) and the Collaborative Laboratories for Advanced Decommissioning Science (CLADS):

The Japan Atomic Energy Agency is the non-governmental body within Japan responsible for conducting research on nuclear energy as well as the technical establishment of nuclear fuel cycles.