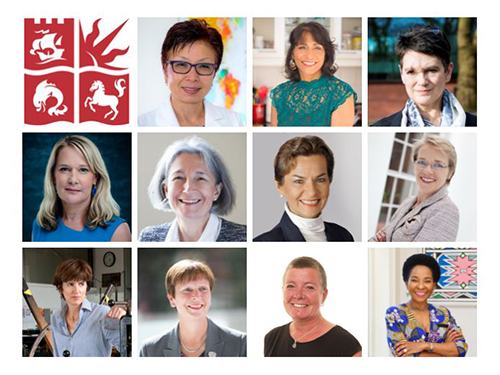 A record number of women have received honorary degrees from the University of Bristol this year, celebrating their inspirational achievements both in the UK and internationally.

Eleven out of the 16 people being honoured during this summer’s graduation ceremonies [19 to 26 July] are women.

Among the inspirational women is Bristol-based Lisa Johnson, who is Manager of Direct Services at Women’s Aid, which she joined as a helpline volunteer in 1996.

Motivated by her personal experience as a child survivor of domestic violence and eager to make a difference to women and children’s lives, Lisa has overseen the transformation of the helpline from a few phones, a ring binder, and a whiteboard to an internationally renowned helpline which uses technology and innovation to better support those who call.

The helpline is now accessible 24 hours a day, 365 days a year and responds to over 100,000 callers per year. Lisa received a Doctor of Law degree in recognition of her achievements.

Bristol alumna Sam Smith, who graduated from the University of Bristol in Economics and Accounting in 1995, received a Doctor of Law honorary degree. She qualified as a chartered accountant before becoming the only female chief executive of a city broking firm, finnCap, which she established in 2007.

Professor Mamokgethi Phakeng, Vice-Chancellor of the University of Cape Town and recently named the most influential woman academic in Africa, was awarded an honorary degree on Monday.

Other pioneering women being awarded honorary degrees include: