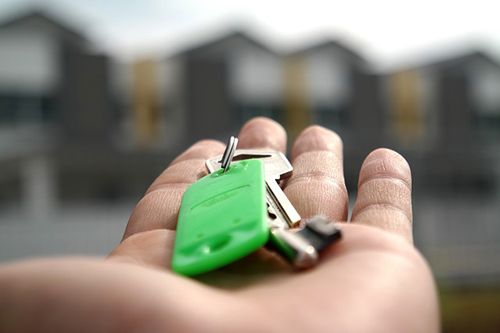 A new study examining UK housing data and health outcomes has indicated a link between people living in the private rental sector having higher levels of a stress hormone. The findings, led by researchers at the Universities of Bristol and Essex, are published in the Journal of Epidemiology & Community Health.

Although there is extensive evidence for the links between housing and health outcomes, most draw on subjective measures of health. The researchers wanted to look at a more objective and reproducible measure of health, so they opted for C-reactive protein (CRP), a chemical in the body that is associated with stress and inflammation.

The observational study examined data from the UK Household Longitudinal Study (UKHLS), an annual survey covering around 40,000 households in the UK that includes extensive information from individuals and households, including housing tenure and type.

Blood samples were collected from 9,593 adults to assess CRP levels around five months after the main UKHLS survey interview.

The final analysis was restricted to include participants to include those aged over 21, to capture people less likely to still be in education and living with their parents, and those with CRP levels below 10 mg/l, as levels this high are indicative of recent infection.

The link between damp and cold indoor temperature ─ one of the ‘hard’ physical characteristics that have a direct impact on health ─ is well known. But attention is now being paid to the potential role of ’soft’ factors, such as housing affordability.

Around one in five (just over 22 per cent) of participants had a raised CRP level above 3 mg/l─a threshold associated with cardiovascular disease.

Surprisingly, those with below average incomes who spent more than a third of it on housing had lower CRP.

This might be because higher proportional expenditure on housing secures better quality accommodation, the health benefits of which might outweigh any financial strain, suggest the researchers.

While an observational study, and as such, can’t establish cause, the findings nevertheless lend weight to the inclusion of health outcomes in housing policies, say the researchers. The researchers were unable to obtain any information on housing conditions, such as damp/mould, which might have influenced the findings.

The researchers explain: “The observations found do back up other research linking housing type and health.  It may be that access to gardens and green space, which likely varies according to housing type, may partially explain this result, but this could not be tested with the current data.

“The significant findings for housing type and tenure point to an influence of autonomy and control. Where control is low, [the sense of] security is reduced, which may affect health through chronic stress responses.

“The findings support arguments for greater consideration of the negative effects of the current private rented sector in the UK, characterised by greater insecurity, higher cost and lower quality than is typically found in other tenures.”

Dr Amanda Hughes, Senior Research Associate in Epidemiology, Bristol Medical School (PHS) said: “A lack of affordable, good quality housing in many parts of the UK is recognised as a serious problem. However, implications for health are rarely considered. These results underscore the links between the two, and the need for health to be a consideration in housing policy.”

Housing and health: new evidence using biomarker data by Amy Clair and Amanda Hughes published in the Journal of Epidemiology and Community Health.